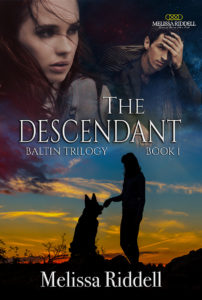 Tilly Morgan and her four-legged companion, Kodiak, are just trying to survive the alien arrival. Two years ago, the visitors unleashed devastation—a world-wide EMP followed by a deadly virus that wiped out more than half of humanity.

Traversing the lonely landscape, she runs into an alien on patrol with one order: eradicate all human life. A mysterious, dark-haired stranger named Jareth comes to her aid, and she reluctantly allows him to join her quest to find her sister. He even persuades her to let the damaged alien tag along against her better judgment.

As her group travels the desolate world and inches closer to her goal, she’s forced to examine her unwanted feelings for Jareth and come to terms with her heart, even if the truth threatens to destroy her and everything she’s come to believe.

Jareth clears his throat. “I know it’s not much, but I like the way it feels—the earthy smell, the chalky texture. Plus, it gets cooler back in the tunnels, which makes for great food storage.” His voice bounces from the walls, projecting the sound all around me.

Shadows cast by the edge of the distant firelight flicker across his face, revealing the hollow of a small dimple in his cheek. It’s a face that’s near perfection. Too bad he had to open his mouth and ruin it.

Oh, my God. I’m going to kill this man. Blood rushes to my face, but I’m not sure if it’s from embarrassment or anger.

Pressing my lips together, I try to focus on anything that’s not him. The earthen smell he mentioned isn’t unpleasant. It reminds me of mom’s garden; digging our hands into the dark, moist soil to plant seedlings for the summer season. It’s a satisfying, honest scent.

But I’m not about to let him know that. “Kind of smells like bat crap in here.”

Hazarding a glance at his face, he nods his head, the small smile still playing about his lips. “Oh, that’s what the smell is? I thought it was body odor and dog fur.”

I will kill the jerk in his sleep tonight.

Pivoting on the balls of my feet, I stalk back to Kodiak.

Dreadful. Hateful. Spiteful man. “I hope a stalactite falls on your head.”

Welcome Melissa Riddell! Please start off by telling us a little about yourself.

Hello, and thanks so much for having me! Hmm, what can I tell you about myself that’s not in my bio? I love nearly all genres of writing, but I have a special fondness for sci-fi, fantasy, and horror—and I love them even better when they have a romantic element.

When I was a teenager, I owned 2,500 books and catalogued each one with my own index card system. Dewey who? Ha. My room looked like a tornado swept in and vomited a library. I had so many boxes of books that my dad built a floor-to-ceiling bookcase to help with the overflow. I really don’t know how I had boyfriends back then. They must’ve taken one look at that room and thought, “Hoarder…gee, look at the time…”

Is The Descendant a single title, or part of a series?

It is part of a series. It’s the first in the Baltin Trilogy, which will be wrapped into the Savage Worlds series. I have two more trilogies lined up, focusing on other characters, and I’m currently writing Tilly’s prequel.

I’ve always had a crazy imagination and boring jobs, so my brain creates movies to whisk me away from menial tasks. This book was inspired by where I worked at the time and a videogame I loved, Fallout 4.

Please share your setting for The Descendant. Have you ever lived or visited there? If so, what did you like most?

So, as a writer, I try to write what I know, whether it’s emotions, general knowledge, or locales. This story starts out in a fictional small city called Callahan, Texas, but it’s based on the actual two-horse town I never left. Seriously, we really have horse-drawn buggies and we’re not Amish. We have a lot of ranchers, though!

Tilly journeys from West Texas through East Texas with the goal of finding her older sister, who moved to Florida to attend college before the electromagnetic pulse and alien virus. The world’s pretty empty because most people died within a short time period. Keep in mind, I wrote this last year, and DLG Publishing Partners released it in November, so I had no idea we were going to be living our own viral nightmare just a few months afterward.

I chose this area of Texas because—as much as I gripe about the heat—I love my home state. For the first couple of chapters, I wanted the reader to slowly adjust to Tilly’s surroundings and experience how everything changed and what day-to-day survival really meant.

The writing bug bit when I was thirteen. I used to pen some morbid poetry and stories. I remember this one poem that started out so cute, and by the end, one bird was pushing the other out of the nest with a gleeful rhyme. LOL. I had tons and tons of stories, poems, and songs that I kept to myself. It was great therapy. I took a break for about twenty years, and this book was my first full-length novel.

Oh dear. I can name pages and pages of authors and novels. So, let me narrow it down. I own all but five of Stephen King’s books, and most are original editions. He has been my favorite author since my uncle gave me The Stand at twelve or thirteen. After him, I love The Belgariad series by David Eddings, the Harry Potter series, Game of Thrones, The Divergent trilogy plus Four’s side of the story, Lord of the Rings, The Wheel of Time series by Robert Jordan, R. A. Salvatore, all of the Star Wars books, especially from the nineties before it was derailed. I love the Dragonlance series (Tasslehoff Burrfoot is freaking hilarious!), V. C. Andrews, all Hannibal books by Thomas Harris… As you see, I can go on and on.

All of the above so I could pick their brains and get their autographs!

I love to paint landscapes and certain videogame scenes or characters in oil and acrylic. I also used to make soap and lotions, along with jewelry. When I get really bored in the winter and it’s cold (hey, just because I’m in Texas doesn’t mean I don’t get cold—our winter’s hover in the forties and fifties—brrrr! Lol), I’ll sometimes crochet or knit.

Strange things happened at my grandparent’s house when I was young. Doors would open right in front of me, dishes would fly out of the cabinets, and something would whisper in my ear. I’m usually a skeptic, but man, I’m telling you—there was weird energy in that house and neither me or my sisters would ever go inside by ourselves.

I’d tell an aspiring writer to not be afraid to ask for feedback from others, especially those who might have experience in the field of writing. It’s great to have family and friends to test the waters, so to speak, but they’re not always the best people to get that critical, unbiased critique.

Those who know you are either too forgiving and don’t want to hurt your feelings, or too pushy by trying to tell you how they’d write it. “Okay, Karen, put your money where your mouth is and get to typing!”

But seriously, look for writing groups on Facebook or maybe even in the local area. It’s so nice to have fresh, knowledgeable eyes on a manuscript. It can really spur growth in a writer who wants to up their game. 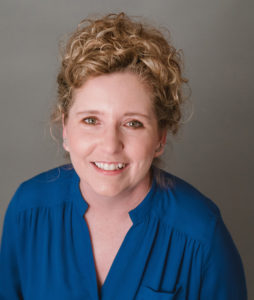 Melissa Riddell is from a small, West Texas town in which she still lives with her husband. Her writing career started as a hobby when she was a teenager, writing poems and short stories. Eventually, she branched out and began constructing novels. When not contemplating new story ideas, she can be found traipsing around Texas State Parks, herding her cats, or reading a book.

You can follow her on several different social media platforms below:

Melissa Riddell will giveaway to randomly drawn winners via Rafflecopter a $10 Amazon/BN GC, a signed copy of The Descendant (book 1), or an ARC of the second book in the series.