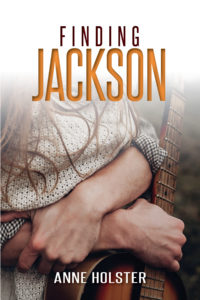 It’s 1977 – Star Wars is breaking records at the box office, Bruce Springsteen’s Born to Run tour is taking the country by storm, and born-and-bred Jersey girl Annalise Keller has fallen in love for the first and last time. Hot and charismatic with dreams of making it as a rock star, Keith “Ace” Foxx is everything a teenage girl dreams of. He falls as hard for Anna as she does for him and the two decide to run off to California in search of his big break. Fate has other plans though, and several years and three kids later, Ace has traded in his guitar for a job at the local post office and Anna has become a symbol of all he has given up. Ace spends most nights at the local bar, trying to drink away his anger and resentment.

Flash forward a decade, and their youngest child, Jackson, is headed nowhere fast. In a life filled with meaningless jobs and too much partying, music is his only true escape from the pain of a childhood that abruptly ended one rainy night. The accident had destroyed his family and left him with a slew of unanswered questions.

Everything changes the night Jackson meets Leah. Shy and reserved, she doesn’t smoke and barely drinks; she certainly doesn’t put out. Not exactly the girl from the Bon Jovi videos he watched as a kid. Yet, before he knows it, she has become his world.

Then, just when it looks like his dreams might come true, betrayal and loss once again threaten everything he holds dear. As Jackson struggles to keep his world from spinning out of control, he knows one thing for sure, the choices he makes now will either be the start of a whole new life, or it just might be the end of him.

It was Halloween the first time I laid eyes on him. I’ll never forget it because Halloween had always been my favorite holiday, maybe because for some reason I was allowed to run wild. Things I’d never get away with were suddenly okay to do on Halloween. For instance, staying out after dark or eating candy before dinner, dressing inappropriately, and by inappropriately, I mean going out without a coat when the weather dipped below fifty degrees. Things you think are cool when you’re ten years old, which was how old I was that year. Most people may not clearly remember their tenth Halloween, but I do and with very good reason, because it was the day I fell in love. You might think it crazy for a fifth grader to arrive home after a night of trick-or-treating and announce that she’s in love and you probably wouldn’t be the only one, but that’s exactly what I did – and I was totally serious.

It was dusk, and the air was electric with excitement. It had been a lucrative afternoon and my three friends and I had split up just long enough to empty our bags of candy, grab something to eat, then regroup in an hour to hit the other side of town. Not wanting to waste any time I decided to cut through the woods by my house, something I didn’t usually do with darkness approaching. It was a fateful decision that would end up altering the course of my life.

Do you have any tattoos? Where? When did you get it/them? Where are they on your body?

Nope, I don’t have any tattoos and, interestingly, none of the main characters in my books have tattoos either. The reason…I can’t commit. A tattoo I might have thought was pretty cool in my teens I might not have thought was so cool in my 30’s. I know it’s crazy but I can’t even commit to having one of my fictional main characters having a tattoo! I have, however, given a few of my secondary characters tattoos, but I’m always vague about what the tattoos are actually of. Crazy, right?!

Is your life anything like it was two years ago?

Yes, my life is pretty much the same as it was two years ago with the exception of one thing…our new puppy Callie! She’s a feisty little terrier mix that we adopted from a local shelter about six months ago. She’s definitely shaken things up a bit, but definitely in a good way!

How long have you been writing?

Although I’ve had stories jumping around in my head for most of my life, it’s only been about seven years since I decided to put pen to paper – and I’ve never looked back!

What advice would you give a new writer just starting out?

The best advice I could give someone just starting out would be to write something that you’d want to read, something you’d love. I’ve always loved reading new adult romances so that’s what I write.

Tell us something about your newest release that is NOT in the blurb.

The blurb for ‘Finding Jackson’ mentions four main characters – Jackson, Lea, Ace and Anna – what it doesn’t tell you, though, is that there are two additional characters – Molly and Jayne – both of whom play pivotal rolls as the story unfolds…especially Jayne.

As most know, I really like Young Adult books.  It really shouldn’t be a surprise since I work for our school district.  I love listening to the kids’ talk and interact with each other.  We have a teenage son and he just cracks us up most of the time.  We haven’t had any major angst issues, thank goodness but he does have his fair share of drama.  Sports-related right now, no girl issues.  So I just “got” this book.  It reminded me a bit of when I stayed home and my boyfriend went away to college.  I understood how Leah and Jackson were pulled apart at times and knowing that’s just part of growing up.  This book is full of angst but it is necessary for the story to unfold and be told.

I loved, just loved the two storylines between Jackson and Leah and his parents.  It brought a richness to Jackson’s story arc and how he became to what is to himself and to Leah.  I grow up in the late ’70s and early 80’s so the references were awesome dude.  LOL, I crack myself up sometimes.  Seriously, it brought me back to my teenage/college years and I put myself in their story and just let it flow through me.  I just connected with all the characters in the book.  Some of the secondary characters were so thoroughly drawn out that they reminded me of some of my friends.

This book is like a trip down memory lane for me.  Painful at times, happy times, and the pain of growing up and falling in love.  Ms. Holster has written a great story that most of us getting up in age need to read and try to understand how we act like adults and the effect on our children.  We don’t think it does but in the case of Jackson, it does.  Leah’s backstory is interesting, too.

A word of caution, this book is long.  Like really long so hang in there.  Once you get started, you won’t be able to put it down.  But then, I might have been reliving my childhood.  Seriously, though, Ms. Holster has written a perfect coming of age story that you can’t put down.  Nor would you want too.  It’s that good.  She knows her characters and just lets them tell the story.  The writing isn’t forced and flows like a power ballad.  Again, the references…I should have highlighted them. 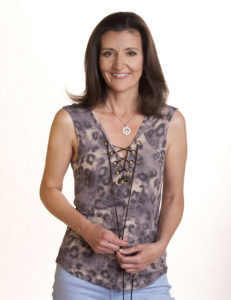 Anne Holster resides in Northern New Jersey with her husband and two children. When she’s not writing she enjoys spending time with her family, playing tennis and reading angsty romance novels. She is currently working on her fourth book.