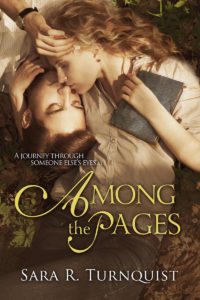 A woman’s choice…is in question.

Brianne is a somewhat naïve college freshman. She becomes disillusioned as her professors and peers challenge many of her long-held beliefs. When she finds a diary that belonged to a distant relative, she hopes it will offer much needed distraction. And she is soon drawn into the story of a passionate woman who seems to whisper from the past.

In 1915’s New York, idealist and primary teacher Margaret struggles with the problems women face at home and in society. She is first timid about speaking her mind, but in time cannot keep her impassioned spirit hidden—not even from the gentleman who teaches in the classroom next door. His concern for her stretches the limits of their friendship, pressing into something more. Caught up in the Women’s Suffrage Movement, she faces down authority figures and others who question her beliefs.

And so, Brianne is whisked along on this journey as Margaret joins the fight for women’s rights, all the while trying to work through her own questions and experiences with modern feminism.

Before long, things spin out of control and she wonders where her newfound relationship fits into everything? Are there any clear answers? Will she land on her feet? Or be forever lost to herself?

She narrowed her eyes and bit at her lip to keep her surprise from showing. How did he know this? Surely he didn’t care about the Woman’s Movement. Or did he? Why should he? His precious Abigail was ever the dutiful, demure, docile girl that any man would seek. She wouldn’t be caught within a hundred yards of anything related to women’s rights.

He continued, “I also understand that anyone caught attending her speeches on Sunday is in danger of being thrown out of their church. You don’t want that, do you?”

“Maybe I do,” she shot back and looked away. His words stung. Perhaps more so because he wasn’t wrong. About any of it.

“You don’t mean that.” He craned his neck, trying to catch her eyes.

“What if I do?” She jerked her head, turning her features toward him. “Pastor Thompson said some harsh things today. I don’t know if I can continue to submit myself to the authority of a man who preaches in such a way.”

“In what way?” His voice was gentle. Try as she might, she could not find anything accusing in his tone.

“He made a several assertions without the Scripture to support it. Yet he insisted that the Bible was clear about the subject. I think a man of the cloth ought to be more careful when making such statements about the word of God without the proper foundation.”

Henry’s eyes searched hers. The deep brown fell soft upon her eyes and caressed her features with gentleness. How could she stay angry when she was losing herself in such dark warmth?

She averted her gaze. What was this? It would not do for her to be thinking about him this way. This was not proper! He was someone else’s beau.

“Listen,” he said, moving closer. “I’d regret if anything bad happened to you.”

She nodded, focusing on the lines of the sidewalk.

“I would have to teach your class and mine.” His voice became thick with sarcasm.

Her eyes shot to his and found his lips spreading in a huge grin.

If you could have one paranormal ability, what would it be?

Probably telekinesis…I used to think I’d want to read peoples’ minds. I don’t believe that’s true anymore. That sounds wearying now. I can hardly manage my own thoughts. But to not have to get up every time I need to grab a pen or a paper off the printer…that would be nice…

What is one thing your readers would be most surprised to learn about you?

Even though I am sold on the Historical Romance genre now, like it’s my favorite genre to read and it’s what I write…but for much of my life, I was a hard-core Trekker. Yes, I know that more people are familiar with the term “Trekkie”….there is a difference. “Trekkers” are the people who enjoy the show and books and everything surrounding Star Trek. “Trekkies” do too, but they also are the folks who get their faces surgically altered and petition for Klingon to be an officially recognized language in all places where people speak.

When writing descriptions of your hero/ine, what feature do you start with?

I used to start with their appearance. And often their hair is described early on. But the way they feel is usually first. And then their mannerisms are typically introduced next before their physical attributes.

Are you a plotter or a pantser?

A-HA! I am a “plantser”…I do some character development and very skeletal/basic outlining, then I pants my way through the first draft. Not quite enough planning to truly be considered a plotter, but more than a pure pantser.

Did you learn anything from writing this book? If so, what?

Earnest Hemingway said, “There is nothing to writing. All you do is sit down at a typewriter and bleed.” This book showed that I could sit at the computer and bleed…and it would be okay. I would survive. 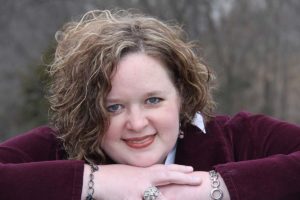 Sara is a coffee lovin’, word slinging, Historical Romance author whose super power is converting caffeine into novels. She loves those odd little tidbits of history that are stranger than fiction. That’s what inspires her. Well, that and a good love story.

Sara is an avid reader and enjoys reading and writing clean Historical Romance when she’s not traveling. Her books range from the Czech lands to the American wild west and from ancient Egypt to the early 1900s. Some of her titles include The Lady Bornekova, Hope in Cripple Creek, The General’s Wife, Trail of Fears, and the Convenient Risk Series.