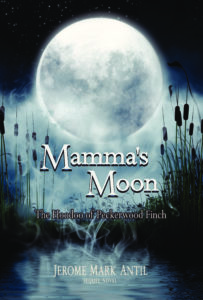 A bond that can only happen on a dance floor happened in a cafe off Frenchman Street among four unlikely characters: a man who was about to die; his friend, an illiterate Cajun French yardman; and two of the most successful women in New Orleans.

Aging Captain Gabriel Jordan, retired, was given two months to live, three months before he met “Peck”–Boudreau Clemont Finch–a groundskeeper on the back lawn of his hospice on Bayou Carencro, Louisiana. It was at the hospice that Gabe told Peck his dream of seeing the Newport Jazz Festival before he died. They became friends, and Peck offered to help grant his wish by taking him there.

And they began their journey.

It quickly became a journey with complications and setbacks. They saved each other many times, but they were in turn saved by two extraordinary women: Sasha (Michelle Lissette), a real estate agent in New Orleans’s posh Garden District, and her best friend, Lily Cup (Lily Cup Lorelei Tarleton), a criminal attorney.

Less than a year before the events in Mamma’s Moon, Gabe and Peck wandered into Charlie’s Blue Note, a small jazz bar in a side alley just off Frenchman Street, where the music was live and mellow and the dancing warm and sensual.

Here they encountered Sasha and Lily Cup, and amid the music, the dancing, the food, the flirting, and the cigar smoke, the four formed an unusual and lasting friendship that would see them each through a series of crises, disappointments, life-threatening situations, and moments of great joy and satisfaction.

My name is Jerome Mark Antil, a seventh child of a seventh son of a seventh son. I was born before the Pearl Harbor attack and weened in my youth on Mark Twain, The Hardy Boys or Sherlock Holmes. My biggest influencers have been John Steinbeck, Truman Capote and Ernest Hemingway.  Hemingway the most for writing disciplines.

Is Mamma’s Moon a single title, or part of a series?

Mamma’s Moon is a standalone ‘sequel’ to my novel One More Last Dance. There may be a third.
What were your inspirations for the story?

Please share your setting. Have you ever lived or visited there? If so, what did you like most?

The setting for Mamma’s Moon is New Orleans, Acadiana (Southern Louisiana). I’ve visited there often for pleasure – for research. I studied their Criminal Court system.  I interviewed their oldest ‘leading’ citizens. I researched it all quite well. I write of the swamps, the bayous and the Cajun French culture. I like the people most. They are genuine, loving.

My mother saw that I was the only of her seven babies who was awake during the day and slept through the night. She said I was alert and aware in the crib and would be a writer.  She named me Jerome for the librarian St. Jerome and Mark after Mark Twain. The bug bit me when Mrs. Doxtator, in the 8th grade wrote on a composition of mine – “This is the loveliest autumn I’ve ever read about”.

My hobby is researching my subjects, the times, the places…and fine dining with my muse, my wife.

I drove over a dead body when I was 17. A lonely dark road in a rainstorm.

Write what you know. If you don’t know something, study and learn it.

She rolled her eyes and turned to the other chair.

“The only reason they haven’t busted down your door and you’re not behind bars is you’re a decorated veteran, and I’m your attorney, and I promised you’ll show up in the morning. Sasha warned me about you. I should have listened. You’re an ornery, stubborn old coot when you have a mind to.”

He leaned and poured coffee.

“You’re lucky we have Magistrate Judge Fontenot tomorrow. I heard her dad was killed in Vietnam. She’s been pretty fair to me in the past. A new school gal, tough on the letter of the law, but she’ll listen to reason if it solves a case. She hates red tape with a passion, and seldom lets the DA or the defense use the system for delays. She doesn’t get hung up on tradition.”

“Have you heard?” Gabe said. “Our Sasha has asked me to give her away. How about them apples?”

“Gabe, like she’s been my best friend since kindergarten, she tells me everything,” Lily Cup said. “It’s sweet.”

“Will you print invitations, like a formal do?” Lily Cup asked.

“It’s party time! She would flip over a costume party, all our friends would,” Lily Cup said. “You and Peck celebrating her engagement will mean a lot to her.”

“Should we do it here or over at Charlie’s Blue Note with the live jazz?”

“Gabe, you’ve got one picture on the mantle, two chairs, and a cardboard box in the living room. This isn’t exactly what I’d call a Commander’s Palace party room.”

“I was thinking a streetcar day pass in the invite if we do it here at the house,” Gabe said.

“That’s a nice idea—parking sucks on this street. When are you going to buy some furniture?”

“I’m too old to impose furniture on Peck. Peck would only feel obligated to keep it after I’m gone. I’ll let him and Millie pick out the furniture doodads, curtains, and the dishes when they play house. There’s time.”

“How’s your stomach with what happened today? Were you hurt?” Lily Cup said.

“What stomach? They removed it.”

“I meant how’ve you been since the operation?”

“I’m a hospice survivor with some time left in me, hopefully. At least enough time to plan a party.”

“You might be partying in Angola if the DA pushes this to a grand jury,” Lily Cup said.

Gabe stood, got the coffee urn again and brought it into the living room.

“Do you two at least have beds?” Lily Cup asked.

“Of course we have beds,” Gabe said. “Peck thinks he’s a prince— a mattress with sheets after sleeping on a canvas cot most of his life.”

“This must be a new world for him,” Lily Cup said.

“For fifteen years he slept in an unheated shed at a wood mill,” Gabe said. “Saw blades hanging over him like Macy’s parade balloons. It took him weeks getting used to sleeping on a bed. I’d find him curled on the floor with his window wide open.”

“Peck and Millie,” Lily Cup said. “They do seem like a good fit, don’t they?”

“She’s loved the boy with a passion since the day he made the Greyhound bus stop so he could jump off just to give her the baby doll she left on her seat,” Gabe said.

“Her baby doll, Charlie. Sasha told me about the doll. Hell, I had my Teddy bear all through Harvard. I still have it,” Lily Cup said. 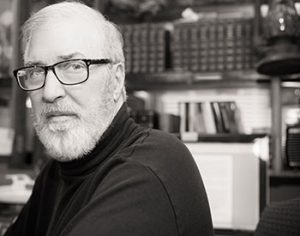 JEROME MARK ANTIL writes in several genres. He has been called a “greatest generation’s Mark Twain,” a “write what you know Ernest Hemingway,” and “a sensitive Henry Wadsworth Longfellow.” It’s been said his work reads like a Norman Rockwell painting. Among his writing accomplishments, several titles in his The Pompey Hollow Book Club historical fiction series about growing up in the shadows of WWII have been honored. An ‘Authors and Writers’ Book of the Year Award and ‘Writer of the Year’ at Syracuse University for The Pompey Hollow Book Club novel; Hemingway, Three Angels, and Me, won SILVER in the UK as second-best novel.

Foreword’s Book of the Year Finalist for The Book of Charlie – historical fiction and The Long Stem is in the Lobby – nonfiction humor. Library Journal selected Hemingway, Three Angels and Me for best reads during Black History Month.

Before picking up the pen, Antil spent his professional career writing and marketing for the business world. In this role, he lectured at universities – Cornell, St. Edward’s, and Southern Methodist. His inspirations have been John Steinbeck, Mark Twain, and Ernest Hemingway.

Jerome Mark Antil will be awarding a $10 Amazon or Barnes and Noble GC to a randomly drawn winner via rafflecopter during the tour.