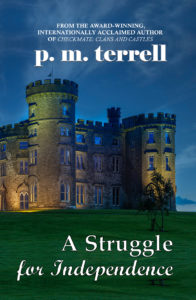 A Struggle for Independence

Sometimes a woman comes to the realization that she has built the perfect life but with the wrong man.

It is 1916 Ireland, and Independence Mather has settled into a tedious routine in an arranged marriage when she meets an architect hired to add a wing onto her husband’s vast estate. She soon falls in love with the charming, attentive Nicky Bowers, but he has secrets to hide. When she discovers he is an Irish rebel, events propel her into the middle of the Easter Rising. Now she must decide whether to remain the wife of a British loyalist or risk everything to join the rebellion and be with the man she loves.

As the raindrops fell upon the gatehouse roof, they created a musical melody that was enough to lull me into blissful complacency. The outside world could not reach me here, and I could no longer remember what life had been like before Nicky.

He laid beside me now, his arm pulling me close. His eyes were closed, his breathing regular, the cool air from fresh rain wafting through the open windows to brush away perspiration that had formed on us both. Only his fingers lightly rubbing my shoulder told me he was not asleep but only resting, a brief respite before we made love all over again.

My existence had been permanently altered. I knew that now, and I also knew I was barreling toward a reckoning of which the details were hidden from me, and I could only have faith that this was where I needed to be… and who I was meant to be with.

I did not see Stratford in the mornings as he departed each day at the break of dawn. When he arrived home, I was no more than the candlesticks on the table, a tiny ray of light he would never acknowledge but expected to remain in a given place. One evening I simply did not stand in the hallway when he arrived home, having given Johanna the excuse that I was under the weather should he inquire. But when she reported back to me later, she said he did not ask for me, and from the reports of the others, he went about his dinner as he always did, as though I was seated at the far end of the table.

It was not a relationship; I understood that now. It was a business arrangement; it had always been a business arrangement and nothing more. I had been naïve to believe it might ever turn into something else. Nor did I want anything else with him, I realized. The mere thought of him touching me was enough to turn my stomach. I was thankful for his inability to consummate the marriage.

Nicky squeezed my shoulder and pulled me ever closer to him. My days were completely different from my evenings; I lived for the hours between dawn and sunset. I still took the path along the meadow each morning but an hour or so earlier than I had in the past, and it was not long before Nicky arrived to whisk me away. Sometimes we strolled along the water at the rear of the estate, far from prying eyes. Other times we picnicked beneath the ancient oak, discussing all manner of things. Sometimes we rode our horses to the far corners of Matherscourt. And always, always, we ended up at the old gatehouse. It had become our haven.

The gatehouse was diminutive, but I was serenely comfortable here. The rushing waters under the structure sounded like a constant lullaby, and on days like this with a steady rain tapping against the roof, I felt wrapped in its cocoon. The makeshift bed had been made plumper over time thanks to Nicky overstuffing it, and my contribution had been some bed linens from the house, enough to cushion the top so we could no longer feel pricks from the straw. Someday I planned to stuff it with eiderdown; I simply hadn’t figured out the logistics of that as yet.

Meals, wine, and ale were all brought in a basket, and Léana never once gave me any indication that she was puzzled by my sudden voracious appetite, though she must suspect I was not eating it all by myself. Still, I had grown a bit plumper. I had even managed to move in some old chairs and a table with Nicky’s help, and a few peat bricks kept the fire going.

Yes, we had set up our own little home here, and while I knew we could not expect to live out our lives in a gatehouse on Stratford’s estate, I was content to let the days slip by.

Welcome, Patricia! Please start by telling us a little about yourself.

Thank you so much for hosting me here today! I have been writing full-time since 2002, and A Struggle for Independence is my 24th release. Prior to writing novels, I started two computer businesses in the Washington, DC area, so my first novels were techno-thrillers. I transitioned into mysteries and suspense set in Ireland, my ancestral home.

Is A Struggle for Independence a single title, or part of a series?

I wrote it as a stand-alone work set against the backdrop of the 1916 Easter Rising in Dublin, but I am currently researching the Irish War for Independence and the subsequent Irish Civil War. I might bring the characters forward through those historical events. I am fascinated by that period in history.

I wanted to write a story about a woman, Lady Independence Mather, that is caught between a husband she does not love, but that provides financial security, and the man she does love but whose future is uncertain. I chose the Easter Rising as the dramatic backdrop because it is a metaphor for the conflicts of emotion she feels.

Please share your setting for A Struggle for Independence. Have you ever lived or visited there? If so, what did you like most?

I traveled to Ireland to perform detailed research into several of my books, and I visited each place mentioned in A Struggle for Independence. I stood near the spot where the first man was killed when the Easter Rising began at Dublin Castle. I stood in the courtyard where the leaders were executed and seen the bullet holes in the wall at Kilmainham Gaol. I stood outside the General Post Office in Dublin, where Patrick Pearse read the proclamation of independence. I traveled Ireland from north to south and east to west, gathering information and speaking with historians.

When I was nine years old, the school principal suggested that I write stories. After I completed the first one, all four pages of it, I was smitten. I knew I wanted to be a writer. We didn’t have paper in the house, so I wrote that first story on both sides of thin, white cardboard I found in the package that my mother’s stockings came in.

My favorite is Daphne du Maurier, but unfortunately, my editors told me that I must limit my reading of her books because my writing becomes more “flowery.” Contemporary authors I thoroughly enjoy include Maggie Thom, Kathleen McGurl, Claire Fullerton, and Susanna Kearsley. My favorites are stories that take place in dual timelines and include historical facts. I’m a sucker for anything written about Ireland or the UK.

Do you have any hobbies or unique things you like to do in your spare time?

I breed freshwater angelfish. There is something incredibly relaxing about aquariums, and I thoroughly enjoy raising angels from the size of a pinpoint to bodies the size of a quarter. At that point, I generally sell them to a local pet shop; otherwise, I’d be overrun with angelfish. When they have reached adult size, they can be eight to ten inches tall. 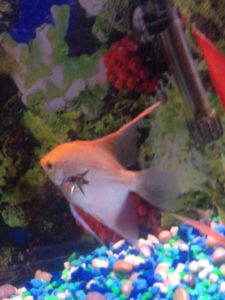 I’ve witnessed so many strange things that it’s challenging to identify the weirdest! I see ghosts and always have. It used to frighten me, but now I take it in stride.

I suggest that they learn as much as possible about the publishing business. It is a complicated industry, and the more they understand it, the higher the potential for success. Even if they are picked up by a major publisher that performs all the editing, marketing, and distribution services, it is essential that they have a knowledge of the entire process and where their writing fits into the equation. 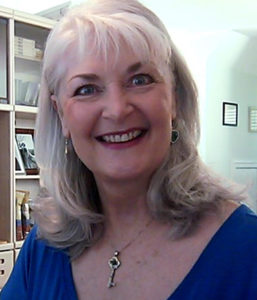 Prior to writing full-time, she founded two computer companies in the Washington, DC Metropolitan Area: McClelland Enterprises, Inc. and Continental Software Development Corporation. Among her clients were the Central Intelligence Agency, United States Secret Service, U.S. Information Agency, and Department of Defense. Her specialties were in the detection of white collar computer crimes and computer intelligence.

A full-time author since 2002, Black Swamp Mysteries was her first series, inspired by the success of Exit 22, released in 2008. Vicki’s Key was a top five finalist in the 2012 International Book Awards and 2012 USA Book Awards nominee, and The Pendulum Files was a national finalist for the Best Cover of the Year in 2014. Her second series, Ryan O’Clery Suspense, is also award-winning. The Tempest Murders (Book 1) was one of four finalists in the 2013 International Book Awards, cross-genre category. Her historical suspense, River Passage, was a 2010 Best Fiction and Drama Winner. It was determined to be so historically accurate that a copy of the book resides at the Nashville Government Metropolitan Archives in Nashville, Tennessee. Songbirds are Free is her bestselling book to date; it is inspired by the true story of Mary Neely, who was captured in 1780 by Shawnee warriors near Fort Nashborough (now Nashville, TN).

She was the co-founder of The Book ‘Em Foundation, an organization committed to raising public awareness of the correlation between high crime rates and high illiteracy rates. She was the founder of Book ‘Em North Carolina, an annual event held in the town of Lumberton, North Carolina, to raise funds to increase literacy and reduce crime and served as its chairperson and organizer for its first four years. She also served on the boards of the Friends of the Robeson County (NC) Public Library, the Robeson County (NC) Arts Council, Virginia Crime Stoppers and became the first female president of the Chesterfield County-Colonial Heights Crime Solvers in Virginia.

p.m.terrell will be awarding a $25 Amazon/BN GC to a randomly drawn winner via rafflecopter during the tour.