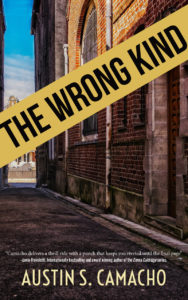 A distraught woman hires private investigator Hannibal Jones to track down her daughter who has run away, trying to escape the homeless shelter life her mother has come to accept. When Hannibal finds Connie Blanco she is entwined in a gang war and somehow connected to a murder. The corpse is barely cold before a second murder follows and Hannibal finds himself entangled in a complex plot revolving around stolen drugs…but who is the mastermind of this twisted scheme?

Hannibal stepped inside and closed the door behind himself. A quick scan showed Sands to be a good housekeeper for a bachelor. There was a place for everything. The blinds were set to let the maximum amount of sunlight into the front room. Small knickknacks and figurines stood on display on bookcases and the end tables bracketing the leather sofa. A scattering of tiny roses made the wallpaper seem feminine, but the framed paintings of Civil War combat scenes counterbalanced that. The neatness was almost jarring under the circumstances. The only thing out of place in the front room was Quentin himself. He lay spread eagled on the hardwood floor. And with no carpet to absorb liquid, the pool of blood beneath him had spread quite a distance.

Lying face up, Quentin looked more startled than pained. Hannibal stepped as close to the body as he could without touching the blood pool. There was no need to check for a pulse. The pencil-sized hole just above his left eyebrow was pretty definitive. Hannibal knew the picture would not be nearly as neat on the other side, and he had no desire to see it. Powder burns and stippling on the man’s forehead told Hannibal that this shooting was done up close. Despite Quentin’s final facial expression, he had to have seen it coming.

So, what was your crime, Hannibal silently asked the corpse. Did you get too close to Connie for some other man’s comfort?

All you really need to know is that I’m a lifelong mystery fan, That I’ve raised five kids and my lovely wife Denise is here for the long haul, and that I’m retired from a career in communications for the Defense Department so I can finally write full time.

Is The Wrong Kind a single title, or part of a series?

The Wrong Kind is the seventh mystery about Hannibal Jones, an African American private eye working in Washington DC. I work hard to write the books so that you can read them in any order, and any one of them will keep you guessing right to the end.

I’ve given my detective a couple of previous cases that start with a missing person. I was driven to do it again but in a totally different way. Also, at a conference I was exposed to a method of murder I had never considered. I was inspired to find a way to use that murder method. And it was great fun!

Please share your setting for The Wrong Kind. Have you ever lived or visited there? If so, what did you like most?

The Wrong Kind is set in Washington DC, Maryland and Northern Virginia. This is basically my home stomping grounds and I visit the streets, businesses and neighborhoods where the action takes place to insure authenticity. I love the discreet neighborhoods in The District, the historic grace of Virginia and the intriguing collision of urban and rural life in Maryland. And I want my readers to get to know those things too.

I started in high school, writing what would now be called fan fiction about my favorite comic book characters. Many of my fellow students got hooked on my stories and eagerly awaited the new ones. And I guess I got hooked on the joy of being rewarded for telling a good story.

My all time favorites are oldies but goodies. I love the prose of Raymond Chandler beyond anyone who has ever written. For story and plot, Ross McDonald is my all time favorite. And nobody creates characters like Elmore Leonard. I always want my work to be a combination of those three.

They’d all be fiction authors, but I’d love to have conversation about writing different genres. So, maybe Jeffrey Deaver, Sherrilyn Kenyon, Stephen King, Michael Connelly, Nora Roberts, and Neil Gaiman. And if you don’t know what every one of them writes, you need to get to a library… stat!

I do enjoy making glasses out of empty bottles. The process of using a glass cutter, then heating and cooling the bottle until the top separates from the bottom, then sanding the bottom piece until it’s a nice drinking glass… it become a detailed, zen activity. It relaxes me and frees my mind to work on writing challenges.

Strange is kind of subjective, isn’t it? At DragonCon last year I saw a woman in a very detailed Flying Spaghetti Monster costume – only her hands and lower legs were exposed – shuffle into the donation area behind me to give blood to the Red Cross. That was pretty strange. But was it stranger than the progress of American national politics in the last two years? As I said, kind of subjective.

The most important thing for an aspiring writer to do is write. Write every day. This business is as much craft as art, sort of like playing a musical instrument. The only way to master the basics is to practice until it becomes second nature to you. 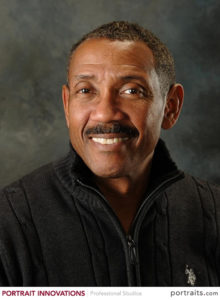 Austin S. Camacho is the author of seven novels about Washington DC-based private eye Hannibal Jones, five in the Stark and O’Brien international adventure-thriller series, and the detective novel, Beyond Blue. His short stories have been featured in several anthologies including Dying in a Winter Wonderland – an Independent Mystery Booksellers Association Top Ten Bestseller for 2008. He is featured in the Edgar nominated African American Mystery Writers: A Historical and Thematic Study by Frankie Y. Bailey. Camacho is also editorial director for Intrigue Publishing, a Maryland small press.

Austin S. Camacho will be awarding a $25 Amazon/BN GC to a randomly drawn winner via rafflecopter during the tour.