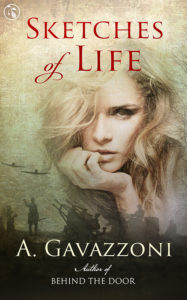 In the middle of WWII, France has surrendered to Germany, and young Lily, half French and half American, has her life turned upside down. A careless girl full of dreams, Lily must leave France and go to her father’s homeland, taking her mother with her. Lily’s mother becomes completely dependent upon her teenage daughter, and Lily is forced to grow up quickly. Trying her best to support them both, balancing work and dreams of continuing her studies, Lily meets her first love and discovers passion and betrayal on her way. Ninon is a survivor. Alone in the world, she works as an exotic dancer in a French cabaret called Le Passioné, where she moves her hips to put food on her plate until a new and dangerous opportunity is presented to her. Although Ninon has lost faith in love and God, life will show her surprises can be found around every corner. France, the United States, Spain, Austria, and Argentina present the backdrops for an epic tale of people trying to adapt to a world in turmoil—one that’s filled with secrets and surprises.

Having nobody else in the world and nothing to lose is terrifying, but it’s also liberating. No matter what I had to do, I would have the courage. I couldn´t disappoint anybody, nobody would cry over my actions, and I had nobody to please.

Things are as big as your proximity to them, and if you keep your distance, nothing can scare you or threaten you. Everything is just a matter of perspective, and the secret to surviving was to keep my heart safe and never expect anything from anyone. In the end, all feelings, good or bad, are only as powerful as you allow them to be.

I learned to live day by day, planning but not living for my plans, trying to solve just the problems I had in front of me and not worrying about things that hadn´t introduced themselves yet. As life had shown me, and Malena once told me, we had no control over the future, and it was as unpredictable as the ocean—it could drown a person if they thought they could tame it.

Welcome Adriana Gavazzoni! Please start off by telling us a little about yourself.

Hello, Harlie, thanks for having me! Well, I’m a Brazilian writer, and I’ve been a lawyer for thirty years.

Is Sketches of Life a single title, or part of a series?

My fist trilogy, Hidden Motives (Behind the Door, Lara’s Journal, and The Brilliant Game) has a character named Emma. I loved her, and I had to tell her story, so we can say it is already part of a series, but I have decided to write another series based on this one very interesting character. Sketches of Life tells Emma’s story from her childhood in France until her early twenties. The second book in this series, which I’m writing now, tells her story from her thirties into her forties, and I intend to write a third one, which will cover events throughout the rest of her life.

My book is about strong women, so all the fearless and strong women I’ve met in my life were an inspiration, starting with my grandmother, born to Italian immigrant parents in 1906. She married at the age of fifteen. Eventually, she became a teacher, even though she needed to travel on horseback more than twelve miles to arrive at the school every day.

The book also talks about resilience and the ability some people have to handle life’s unpredictability and hard times, and the strength that allows them to survive, rather than being destroyed by circumstances. I’ve seen many people crumble because they lose control of events or because they refuse to adapt. I wanted to convey the idea of “adapt or die” in this novel.

Mossad also inspired me to write the espionage scenes, as I love to read about that group of secret agents and their investigations around the world.

Please share your setting for Sketches of Life. Have you ever lived or visited there? If so, what did you like most?

Sketches of Life has many different settings. Lily is born in France after WWI, and yes, I studied contracts in France, and I use to go there at least once a year.

New York City becomes Lily’s home when she needs to leave France. I did some of my research for my legal book at Columbia University’s library, and I fell in love with NYC. I visit there at least once a year.

Spain, Austria, and Argentina are places Ninon visits in the book, and I’ve been to Spain and Austria as a tourist a few times. I worked as a legal CEO in Argentina for almost eight years, and Mendoza is one of my favorite places in the world, as they produce amazing wines there.

I believe in knowing the places you write about because it is too difficult to use just your imagination or internet information. The biggest problem I had in writing about all those places was to portray them as they were in the past. The book starts in 1938, and I had to do tons of research in order to show how all those places really were.

When I was a kid and fell in love with reading. I decided I had tons of stories to tell, but it took me many more years to decide to become a writer, and I didn’t start on my first published novel until the age of forty-five.

My favorite novel and author is certainly Emily Brontë, and my favorite novel of hers is Wuthering Heights, as it has everything I like in a novel, but I love so many books it is impossible to choose just one.

A few of my other favorite authors are Stieg Larsson—I love the darkness in his novels. I like Jo Nesbo for the mystery, and Andrew Neiderman’s Devil’s Advocate is also one of my favorites. Colleen McCullough book, The Thorn Birds, is amazing.

My favorite series are Versailles—it is so beautiful and perfect; I used to love to watch House, and House of Cards was great, and yes, Game of Thrones—like a lot of other people, I became addicted, too. I love Lucifer, Modern Family, and Grace and Frankie because it’s so fun, and I love to watch Criminal Minds because I love a mystery.

Could I have a dinner? I would cook for all those fantastic authors I’ve named above, and we could have a debate!

I love to read a lot, I watch movies, I dance, and I play with my dogs. I also love to cook for my friends, and I’m always trying new recipes. Sometimes, when I’m inspired, I paint, and one of my passions is to travel abroad and discover new cultures and ways of life.

I’m fifty one, and there are not many things I haven’t seen. I’ve learned to try to understand what is happening before judging, but one thing that really impressed me was when I discovered the  Canopic jars in Egypt and learned they were used to separate brains and organs from the body in the mummification process. I was so impressed, I bought some.

What  is the one thing that you would tell an inspiring writer to do?

Before you start writing, read a lot. The best way to become a good writer is by being a voracious reader. Ask for help; you can’t do everything alone, and you are going to need a great editor who understands the way you think in order to help you. Also, just write about what you would like to find in a book, and never worry about pleasing others. 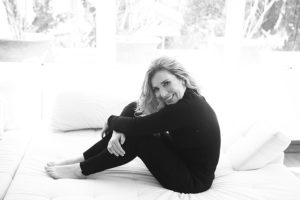 Adriana speaks Portuguese (her native language), English, French and Spanish and she loves to travel.  Adriana loves to cook for her friends, to dance the tango, to work out, she is a voracious reader and a proud dog’s mom of two girls, Juno and Charlotte.

Gavazzoni will be awarding $10 Amazon or Barnes and Noble GC to a randomly drawn winner via rafflecopter during the tour.