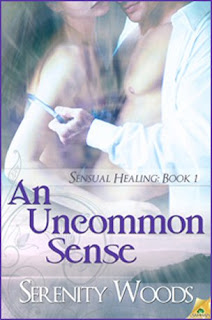 Mia’s laughter turned abruptly into a gasp. “I don’t believe it.”

“What?” The lead was stuck. Grace pulled it hard, but it had somehow got wedged against the plug of the heater and refused to come out.
“Well, this is going to be interesting.”
Grace took the plug in both hands but it still failed to move. “Sweetie, I don’t care if he’s Robert Downey Junior, I am nothaving sex with him.” She leaned all her weight on the lead, and all of a sudden, it gave and pinged out of the wall. She fell backward, banged her head and ended up sprawled in a most ungainly fashion facing the parent who was waiting at the foot of her desk.
“If you’d turn down Robert Downey Junior I guess I don’t stand a chance,” he said, amused.
Grace looked up at the face of the man she’d seen plastered on billboards all across town and then turned slowly to face Mia, whose eyes were practically falling out of her head. Mia stared at her and made a slight gesture with her hands, bringing them together, making Grace realise she was facing the guy with her legs open, giving him a splendid view right up her skirt.
EXCERPT #2
(1,200 words)
His stormy-blue eyes met hers. This time, there was something other than amusement in them. Grace’s cheeks grew warm at the sparkle of interest glittering in their depths.
“There’ll be none of that,” she said before she could think better of it.
“Of what?”
“Any funny business.” Her cheeks grew even hotter. “I’ll help you, but it will be purely a business relationship.”
“Of course.” The amusement was back.
“I’m sure you usually only have to bat your eyelids at a girl and she turns into mush, but I’m not that kind of girl.”
“Actually, I beg to differ. I’d known you precisely two seconds and you swooned at my feet.” He winked at her.

“There was definite swoonage going on. You were practically Victorian.”
“That’s the second time tonight I’ve been called Victorian,” she said indignantly. She patted her bun self-consciously. “Mia thinks I dress too conservatively.”
He ran his gaze slowly down her and then back up again. “On the surface, maybe.”
She frowned, not understanding, then realised when he grinned he was referring to what he’d seen when she’d sat on the floor before him, legs apart. Her stockings and garter belt. And maybe even her black, silky teddy. Oh God, I hope the teddy was covering everything.

“Sorry, but you were right in front of me—it was difficult not to see everything.”
“You didn’t have to mention it. That was extremely impolite.”
His eyebrows rose. “You’re giving me lessons on being polite?”
She thought about it. “Touché.”
Smiling, he tapped her nameplate. “Are you really a Miss? Or is that just school-teacher licence?”
“Are you asking whether I wear nice underwear for a partner or whether I wear it for myself?”
He hesitated. Then he grinned. “Yes.”
“Then just ask, for God’s sake. I hate having to rummage around in people’s words looking for the true meaning behind them.”

28 thoughts on “An Uncommon Sense by Serenity Woods-Giveaway”