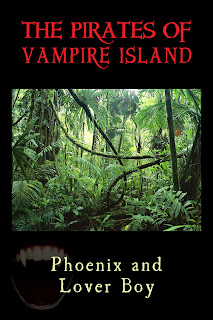 Title: The Pirates of , A Paranormal Romantic Thriller
Series: Steamy Voyages, Series #1
Author: and Lover Boy
Publisher: Self (Amazon and B&N)
Length: 61,700 words
Genres: Paranormal Romance (Adventure)
Heat Level: Sizzling
AVAILABLE AT:
Amazon – http://www.amazon.com/Pirates-Paranormal-Romantic-Thriller-ebook/dp/B0090OOOX6
B&N – http://www.barnesandnoble.com/w/the-pirates-of-vampire-island-a-paranormal-romantic-thriller-steamy-voyages-1-phoenix-and-lover-boy/1112584812
BLURB:
Pretty Jane O’Doherty always chooses the wrong kind of guys. Her specialty seems to be guys who have serious flaws and who break her heart.
Her last breakup was a year ago and still she can hear his final words, “I’m sorry, Jane. I’ve found someone else.”
A 30-day cruise through the exotic with her best friend seems like the perfect distraction to mend her broken heart.
On board, she meets devastatingly gorgeous Nick, who attracts women in droves, including our lovely Jane.
And she meets Peter, who is the cute geek with puppy dog eyes.
Will either one just lead to another broken heart?
Should she run the other way from them both and just enjoy the cruise?
But before Jane can decide, the ship is attacked by modern day pirates.
Unlike the pirates of old, these guys are vampires and are more interested in human treasure than gold and jewels.
They take over the ship and take twelve women hostage.
And the handsome pirate leader—with eerie chalk-white skin, and red eyes, is looking for a special prize. He wants a woman for his mate and queen . . .
Jane catches his eye, but she, along with Nick and Peter, manage to escape in a lifeboat and onto the open sea.
They drift for fourteen days before finally finding an island.
But the fates are cruel, and their island turns out to be the home of the pirates and the lair of the Vampire.
The Pirates of Vampire Island is non-stop action . . . filled with adventure, suspense . . . and steamy romance.
EXCERPT #3:
As we approached the outdoor swimming pool on the top deck, I saw dark clouds threatening a storm. My hair was whipping in the wind. I shivered. Bad idea. But Remy was undaunted. She immediately ran and did a cannonball. As I stood wondering if I should just go back to the cabin, a waiter came up, a small, dark boy about sixteen, probably a native of the area. He wore a short white jacket with epaulets and black pants.
“Would you like a drink, mum?”
“How about a snow suit?” I laughed. “Just kidding. No, I’m good for now.” I surveyed the sunbathers and swimmers. There he was. As usual, he was surrounded by women. He was dressed in a simple white pullover sweater and tan slacks, but the cut and fabric screamed money. His luxurious, curly black hair whipped in the wind, making him look very unkempt, rugged, and nonchalant, as if fine grooming was so not important because he was stunningly handsome no matter what he wore or did.
“Excuse me, sir?” I said.
The waiter turned.
“What’s that guy’s name? The one with the black curly hair.”
“Nickolas Angelopoulos.” He stood for a moment. “Anything else I can help you with?”
“Nope. Thank you,” I said, not taking my eyes off the amazing-looking man.
“You’re gawking.”
I shook myself and looked down. Remy was hanging on the side of the pool. “Yeah, I guess I am.“
Enough of that.
“I’m coming in.” I walked over to the diving board and performed a perfect dive. I had always been very athletic, and I knew my body showed it.
I swam several laps, trying not to look at this guy named Nickolas, and climbed out of the pool, dripping water, and squeezing it out of my thick mane. I shivered a little in the cool wind, and as I finished drying, I saw out of the corner of my eye that Nicholas was staring at me – well, at my chest anyway. I looked down to see that my nipples were perfectly erect through my black bikini. I quickly draped my towel around my shoulders so it covered my breasts and was suddenly looking for a quick way to exit. 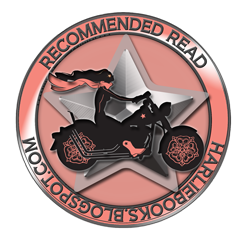 ABOUT THE AUTHOR:
I was born in , , and grew up in . I came from a long line of Americans who were pioneers and individualists. The family tree is filled with rugged people: rough coal miners, pioneers, and farmers living in log cabins in the early west. I wrote A Whisper from Eden, A Historical Fantasy, but like to write in several genres.

Lover Boy (aka my husband) was born and raised in and wishes to remain anonymous because he doesn’t want anyone to know he likes to write romance novels. (Let’s keep his secret.) 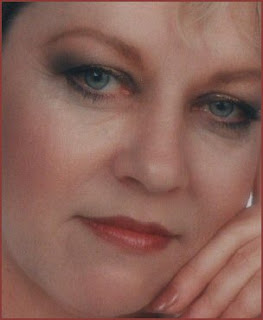 We wrote THE PIRATES OF VAMPIRE ISLAND, A Paranormal Romantic Thriller (Steamy Voyages #1). And we are working the sequel to Steamy Voyages and a dystopian thriller, The Trash Pile People. We live in with our ornery tomcat, Snickers.