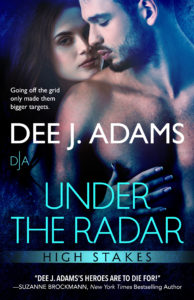 With a court date looming, a near-fatal car accident, and a house invasion, the four surviving witnesses to an armed robbery know they are targets. In a desperate attempt to stay safe, they take matters into their own hands and go off the grid a week before the trial.

Danny St. John was stuck in a dark place of guilt and regret after a personal tragedy. On the run from violent criminals, he is forced to spend time with the one woman who makes him feel too much. Victoria Lopez needs to protect her heart, but she also misses the guy Danny used to be and thinks she might be able to bring him back. Now, evading gunmen together in Sequoia National Forest, Vic will risk everything to keep Danny safe.

Eric St. John isn’t a big fan of his sister-in-law-to-be, Zoe Turner. Sure, she’s beautiful, but also bossy and brash. When Eric and Zoe are forced to rely on each other for survival, he sees a side to Zoe he never anticipated, a side he definitely likes. But as the two grow closer, so do the men hunting them down.

Time nearly runs out as each couple must not only brave the perils of the wilderness and their growing feelings for each other, but also outwit their pursuers in a deadly game of cat and mouse.

Something moved in the bushes just outside the window in the corner of the room. Zoe’s pulse leapt as she sat up in bed.

“Did you hear that?” Vic whispered almost soundlessly.

“I thought you were sleeping.” Zoe’s voice wasn’t much louder.

They heard the tiniest scrap on the glass and both of them bolted out of bed. “Stuff the pillow under the blankets,” Zoe ordered softly. “Shoes,” she said next as she grabbed her flats. Before they could leave the room, an explosion of sound came from the front of the house and Zoe swung Vic into the closet, followed her in, and shut the door as the window in their room blasted apart. Seconds later, heavy footsteps crunched over broken glass.

Fear and nausea erupted in Zoe’s gut like a geyser. Grunts and thuds coming from the hallway marked the sounds of a fight and she held her breath, waiting for someone to pull open the door. She’d pulled Vic into a death trap by jamming them into this closet.

Bullets erupted outside the door and Zoe slapped a hand over her mouth to hold back a scream. The noise stopped and long tense seconds passed as Zoe and Vic stared at each other, the whites of Vic’s eyes clear in the dark. Before Zoe knew what happened, Vic slammed the door open and pounced on the man in front of them, putting him in a chokehold while hanging onto his back. It was the same thing Casey had done when she’d fought off her ex last year. The gun bounced on the floor and Zoe scrambled to reach it, her hands shaking and breath billowing in and out of her lungs.

Good jeez…what a ride.  Where has Ms. Adams been all of my life?  This is my first read from her but not my last.  I definitely will be snatching up the other 3 books in this series.  And no worries about missing anything.  This book stood alone.  And while everyone knows that romantic suspense is my all time favorite.  Ms. Adams does not disappoint in this area at all.  Nope.  I was holding my breath during a couple of parts.

What kinda left me meh were the romances in the book.  Don’t get me wrong, I loved Zoe and Eric.  Danny and Victoria were good, too.  But I felt like the romance felt a bit off since we were dealing with two completely different romantic couples and their time on the page was split when it came to that aspect.  I honestly felt like the friendship were much stronger in the book than the romance.  Danny is the one character that I felt the sorriest for.  You just have to read the beginning of the book to feel that and I thought his grief was plausible and the guilt he felt realistic.  Zoe was a trip.  Eric uptight and Victoria at times, a tease but together, on the run, they were unstoppable.

The action in this book is some of the best I’ve ever read.  I really felt like I was in a movie just watching it unfold.  Ms. Adams does a great job of putting you right there with her characters and the thing that impressed me most was the attention to detail in her settings.  In most suspense stories, personal hygiene etc. is mostly left out but Ms. Adams puts it in there so that we can see that her characters have the same concerns that we do.  The plot is extremely plausible, realistic and made for an awesome read.

Again, I’m kicking myself that I haven’t read Ms. Adams before.  Her pacing is fantastic, the characters she writes are real people and the situations that she puts them in keeps you turning the page for more.  Don’t be like me and skip this book or author.  Trust me, you’ll kick yourself later. 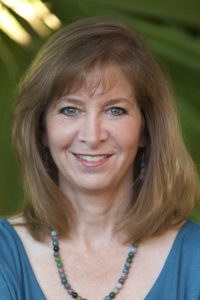 After graduating high school in Texas, Dee J. moved to Los Angeles to pursue acting. For twenty years, she acted in television and worked behind the scenes as an acting/dialogue coach for sitcoms.  Writing happened accidentally after a vivid dream and the urging of her husband to “Just write it down.” Three weeks, fourteen hours a day, and four hundred and fifty (long hand) pages later, she had her first novel.  Dee J. loves writing books filled with action, mystery and love. (Not necessarily in that order.) Her experience in show business led to her narrating many of the books in the Adrenaline Highs series for Audible.com. She is the wife of a wonderful man and mother to a fabulous daughter. She’s a dog lover all the way, with a fondness towards Boxers and Pit Bulls. She is a member of several organizations, including Romance Writers of America and SAG-AFTRA.

Under the Radar book links: 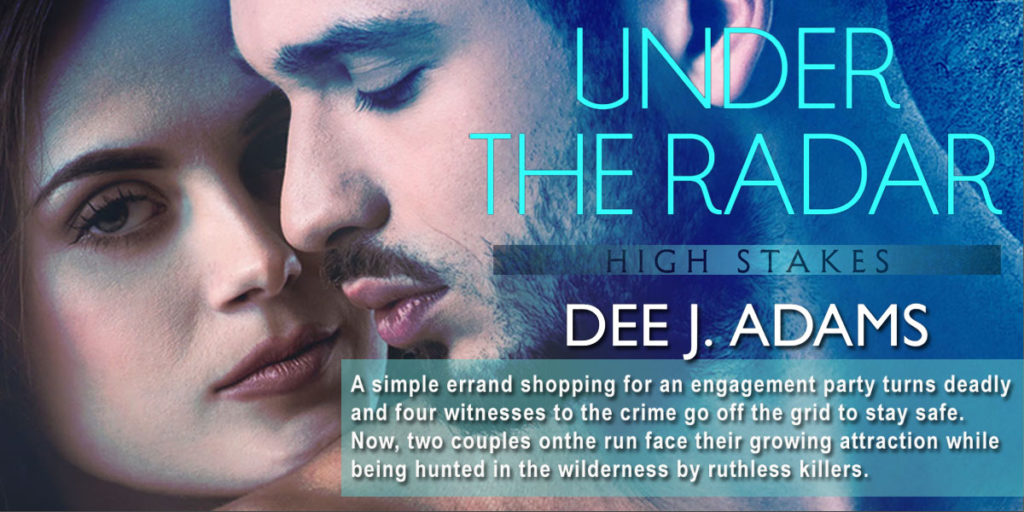 Dee J. Adams will be awarding a $10 Amazon/BN GC to a randomly drawn winner via rafflecopter during the tour.

12 thoughts on “#Review of Under the Radar (a High Stakes novel) by Dee. J. Adams w/a rafflecopter giveaway! #romanticsuspense @DeeJAdams”