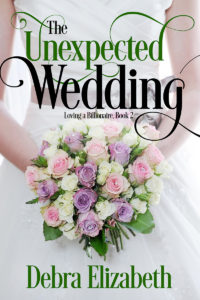 Lady Elizabeth Tyndale has endured a string of bad dates. She’s not sure if sharing her opinions and business sense scared potential boyfriends away, but what’s the point of having an opinion if she never expresses it? When her brother and sister-in-law invite her to join them on a trip to San Diego, she reluctantly agrees. Besides, what does she have to lose? She’s certainly not burning up the dating scene in England.

Computer Programmer Jackson ‘Jack’ Stanfield doesn’t date much. He’d rather bury himself in code because computers are simple, but people are complicated. When his college buddy invites him to a BBQ, Jack reluctantly agrees to attend. He’s not prepared for his intense reaction when he meets Elizabeth Tyndale. Can the British beauty draw Jack out of his shell and open his heart to love?

Jack walked toward the back door. When he was almost there, he saw a vision—a stunning young woman with blonde curls cascading down her back. When she turned at his approach, the last rays of the sun enveloped her silhouette, giving her an ethereal dreamy quality. She was the most beautiful woman he’d ever seen, and he felt the breath leave his body as he stood staring open-mouthed. He’d never had such a reaction to a woman before. It was new and an unnerving experience.

“Did you want something?” she asked.

Jack continued to stare, totally captivated by this woman and her beautiful cornflower blue eyes. He knew she was talking, but he didn’t hear a word, just a lyrical melody.

The young woman waved her hand in front of his face. “Hello, can I get you something?”

That broke his trance and Jack felt heat climb up his neck. “Huh? Oh god. I’m so sorry. I didn’t mean to stare,” he stammered.

“It’s quite all right. Now do you want something, a beer perhaps?” she asked.

The young woman’s eyes traveled down to her feet and back up again before she looked at him. “Last time I looked, yes,” she chuckled.

What an asinine thing to say!

“Shall we start again?” she asked. “I’m Elizabeth and you are?”

Jack gave himself a mental shake. “Oh, please forgive me. I’m not used to making a complete fool of myself before I’ve even uttered a single word. It’s a pleasure to meet you, Elizabeth. I’m Jackson, um Jack, that is.”

“Well, Jackson um Jack, it’s a pleasure to meet you. Now, would you like a beer?”

He chuckled. “Yes, please. That would be good.”

I have to admit that I’ve been sick for the past two weeks.  Like hacking up a lung, can’t breathe but not running a fever sick.  Not sleeping through the night because of coughing attacks but well enough to go to school.  I needed this book to read.  In those two weeks, I’ve only read two books and I’m finally starting on a third.  Yes, Harlie doesn’t read when she doesn’t feel good but this one for review and I’m glad that I read it.

It’s a light, breezy story about how a boy meets and a girl with some distance put in between them.  Long-distance romances aren’t always easy and throw in that Jack is an American and Elizabeth is British.  What I appreciated is that Elizabeth is titled and has money, it is never really brought up between them.  Jack is a self-made billionaire but he doesn’t throw that around either.  Well, it must be nice to own a plane.  Their only conflict is a bit of miscommunication in the end.

I know that the book sounds pretty simple but I loved that about it.  It was a simple story about finding the “one” and how to overcome some distance while dealing with some family issues as well.  I really wanted to know more about Courtney and Edward and maybe that is coming up in his book.  *hint hint*  Ms. Elizabeth does a great job with Elizabeth’s family and how they handled the crisis with Edward.  It was interesting to read about the school and the students.  I hope that the student that Jack talked to called him.

Overall, I loved Jack and Elizabeth.  They were fully fleshed out characters with hopes and desires just like anyone else.  Nothing like a little distance was going to keep them apart on the path to finding true love. 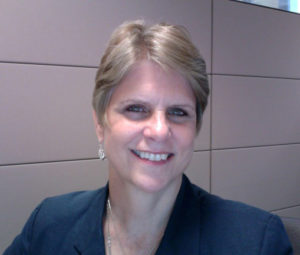 Debra writes sweet romance in contemporary romance and historical romance. She enjoys telling stories and has been pouring out her passion for romance since her teenage years.

Debra lives in New England with her husband and one very exhausted kitty.