Hayden is no longer the naive girl who once fiercely loved a golden Sutherland and believed he and a maid’s daughter could live happily ever after. Griffin broke her all those years ago, but she forced herself to pick up the pieces and move on. Now he’s back in Texas, acting the part of the proper, dutiful son. But there’s nothing proper about the detailed—dirty—descriptions of how he wants to touch her…take her… Though her body heats every time he’s near, she refuses to surrender to his special brand of passion. Griffin may have returned home, but he’s leaving again. And this time he won’t take her heart with him…

As most know, I read a lot of trope romances and this is the dirtiest, friends to lovers/childhood friends to lovers/second chance book I’ve ever read.  And I mean that in a good way, too.  Ms. Simone never ceases to amaze me with her creativity in scenes and not only the sex but also the emotional part of it, too.  You really feel for Hayden in her love/hate for Griffin throughout the book.  Oh yes, it could also be an enemies to lovers trope, too.  Personally, I wouldn’t put it in that category.  Griffin NEVER hated her and Hayden just hated how it ended all those years ago.

Hayden is such a strong character.  Her only weakness is Griffin and with good reason.  He is definitely sex on a stick but there is more to him than meets the eye.  He’s caring, sweet and above all, will not cow down to his father, who will definitely NOT win Father of the Year.  Yuck and just keep it in your pants.  Yes, Griff’s father is a big pile of crap and he knows it.  I’m very interested to see if Ms. Simone writes more this family because I would like to see Mr. Sutherland get a big ole’ slap upside his head for all his dirty dealings.  Governor  Seriously?  In Texas?  I live in Texas.  Trust me, he wouldn’t make it out the primaries but I would love to see him try.

The one secondary character that stood out for me was Griff’s older brother, Josh.  The golden child, the heir apparent but he also saw the love that Griffin and Hayden had for each other.  His scene with Hayden at the end of the book is sweet, realistic and powerful.  I immediately liked him and would definitely read his book.  😉  Hint, hint.

While this book is on the short side, don’t discount it and not read it.  Ms. Simone packs a lot in her stories and I always leave satisfied.  *wink wink*  I’ve read all of her Entangled books and this ranks up there with them.  Ms. Simone never disappoints and she puts a spin on some tried and true tropes and makes them her own. 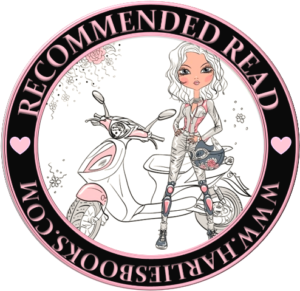 One thought on “#Review of Sweet Surrender by Naima Simone! @Naima Simone @naimasimoneauthor”