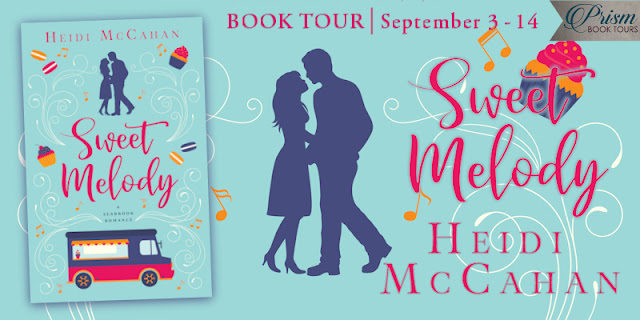 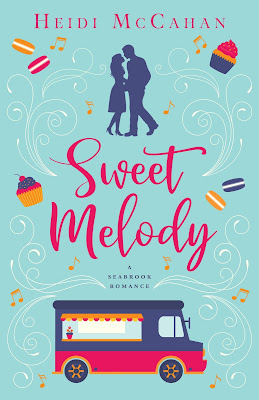 When a struggling bakery owner is rescued by a wannabe songwriter with hidden culinary talents, they discover they can make sweet harmony … if they can only learn to work together.

Rhett Foster longs to change the world with his music, yet he can’t even finish writing one song. Battered by a string of failures and disillusioned, he returns home to Portland, Oregon. While he desperately wants to create a chart-topping hit, his dad mandates a new mission: move to coastal vacation hotspot Seabrook, Washington and expand the family’s successful restaurant chain.

In danger of destroying her late parents’ legacy if she doesn’t diversify her menu, Lindsay Carmichael will try anything to save her bakery. But with a tiny budget and an injured employee who can’t work, she has no choice but to sink the last of her savings into buying a dilapidated food truck and hiring Rhett as a part-time barista. What she doesn’t know is that the handsome songwriter has a secret … one that could destroy her business and her heart.

Rhett continued taking their requests, performing the songs effortlessly. With each line he sang, Lindsay’s emotions sailed further and further into choppy seas. Careful. You can’t afford to fall for this man.

As the notes of Rhett’s latest cover song faded, Jon released a long whistle. “Do you ever perform anything you’ve written?”

Catherine and Lindsay exchanged glances. Had Jon seen the YouTube channel, too?

Rhett was silent for an instant. “I have a few songs of my own, nothing that’s made it to the radio lately.”

“Anything you’d be willing to play tonight?” Quinn asked, her expression hopeful.

From the first verse, the mood of the gathering shifted as Rhett’s tone dived deep and took on a mournful, seasoned quality—as though he’d lived every minute of the pain he crooned about.

Lindsay gripped the armrests of her chair, hanging on every note, captivated by the emotional journey of the songwriter. Captivated by Rhett. The chorus and subsequent verse told a powerful story of unrequited love, then came to an abrupt end as Rhett stopped playing.

“That’s all I’ve written so far.” He shifted in his chair. “Sorry.”

They were all staring with rapt attention. Clearly, she wasn’t the only one who wanted more.

“Great job,” Lindsay said, reaching over and giving his forearm a squeeze.

“I’m glad you think so.” Rhett frowned. “Too bad nobody agrees with you. I’m what they refer to in the business as a one-hit-wonder.”

Lindsay didn’t miss the regret tinging his voice. Did he honestly believe that was true? Before she had a chance to object, Rhett stood and passed the guitar back to Jon.

“Thanks for letting me borrow your guitar. I’m going to call it a night.” He offered a casual wave around the circle, avoiding Lindsay’s gaze. “Six a.m. comes pretty early.”

He slipped between two chairs, cut across the yard and disappeared into the darkness.

They all sat in stunned silence.

“We must’ve hit a nerve somehow.”

“Maybe he’s embarrassed about sharing his art in public.”

Lindsay stared into the fire and listened to her friends’ speculations. Rhett’s sudden departure was jarring. She hated that they’d ruined a good night by pushing him to do something he didn’t want to do. More than anything, her mind kept circling back to Jon’s question.

What are you doing making coffee?

While she’d sensed Rhett bristling at the casual comment, it was a question she’d tiptoed around quite a bit. If he was such a talented artist and songwriter, what was he doing here?

I’m just going to say it.  I loved this book from the start.  From the setting to the characters, to the plot and especially how I felt after reading it.  Peeps this is a sweet contemporary romance with inspirational undertones to it.  Does Ms. McCahan beat you over the head?  No, it is subtle and so worth it in the end.  I found that while reading the book, my heart opened and made me take stock in certain parts of my own life.

Rhett and Lindsay are a perfect couple.  Are they perfect?  No, but learning from their past and opening up to different things made them perfect for each other.  They each had big voids to fill in the lives and kept getting a bit beat down when something didn’t quite measure up.  That’s life and you can grow from it as they did in the end.  Each of them has been hurt in the past with relationships and are dealing with that in their own way.  Lindsay is bitter and Rhett is somewhat guarded.  These two have a ways to go before they can finally get their HEA.

I loved the seaside town and the plot point of food trucks.  I live in a small town that doesn’t have them but they intrigue me.  Ms. McCahan does a great job of explaining the ins and outs and what it takes to run one.  I found that Rhett’s dad is just an awful person and doesn’t see Rhett as a person but as a thing that he can manipulate.  Grrr…Rhett and Lindsay are dealing with grief and rejection that can only come from someone that shouldn’t have rejected them in the first place.

Ultimately, this book is about forgiveness, opening your heart to something new, finding love when you least expect it and letting go of the past.  You can only look forward to move on.  I don’t normally watch Hallmark movies but this book would make a perfect movie.  Ms. McCahan’s descriptions filled my head with all kinds of visuals and I would love to see it come to the screen.

Do yourself a favor a pick up this gem of a book.  I dare you not to love it and wish it was a movie, too. 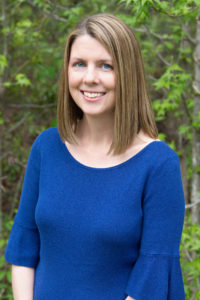 Heidi secretly dreamed of writing a book for most of her childhood, but a particularly painful rejection letter in middle school convinced her to tuck that dream away. Instead, she earned a Bachelor’s degree in Sports Medicine from Whitworth University in Spokane, Washington and a Master’s Degree in Athletic Training from the University of Tennessee at Chattanooga. After a brief career as a Certified Athletic Trainer, Heidi married her husband Steve, then she dusted off her big dream of becoming a published author and launched her first contemporary romance into the world in 2014. A huge fan of coffee, dark chocolate, and happily ever after, Heidi currently lives in North Carolina with Steve, three active boys and one amazing Goldendoodle. 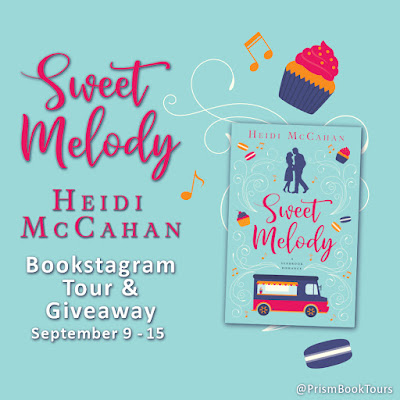 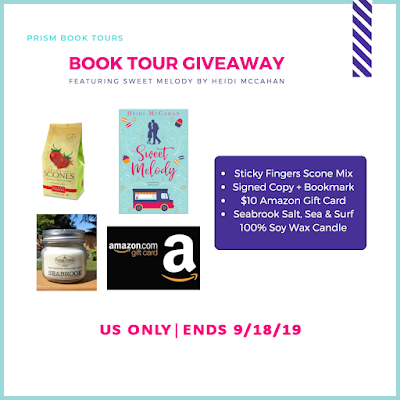