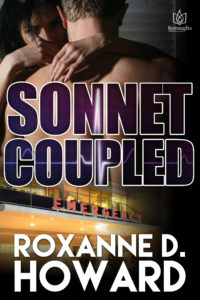 Sheltered and cosseted, Sonnet Mendoza abided by her papi’s wishes her whole life: no boys, studies first and always. Now an ER nurse in a busy Chicago hospital, medical school is so close Sonnet can taste it. Just like her father always wanted. Just like she can taste all the things she wants—like Griffith Parker, the man of her dreams and her new housemate.

Working “graves” in a large hospital as a security guard while attending the police academy during the day doesn’t leave ex-Marine Griffith Parker any personal time, but after meeting the beautiful Sonnet Mendoza, business as usual is anything but. Sassy, smart…and interested in him, too? Except, she’s made an art of keeping her distance, and she’s been clear that her plans don’t include him. But the heart wants what the heart wants. His wants Sonnet. He’ll put it on the line to win her.

Sonnet put water in the K-Carafe and listened to the hiss and gurgle of the brew as she got some organic eggs and soy milk out to scramble. She decided to make Griffith breakfast, too, even if it had to wait for him in the fridge. It was nice to have someone to look after again.

Hell, after yesterday, he deserved it. She knew she shouldn’t entertain starting something with him with medical school on the horizon, but after spending time with him, a great weight had been lifted off her shoulders, and she was ready to start fresh and tackle her workweek. She sang a little, opened the fridge, and bent to retrieve the bacon from the bottom shelf. A sharp intake of breath filled the silence from a few feet away.

From under her arm she saw Griff, half naked in black sweat bottoms with the Police Academy logo. Her eyes drifted to the hard planes of his abs, a sculpted eight pack most men would give their left nut for. His stacked chest rose and fell, and his fists clenched. Like a current in the air, she could feel him trying to keep it together.

Her gaze trailed past his ribs and flat stomach, down the sharp V of his hip flexors, to the promise of what lay beneath.

Finally, her brain kicked in and she realized her bikini thong was on display with the globes of her ass cheeks parted and raised in the air, like she was waiting for him to grab hold and ride. Her hair chose the wrong moment to slide over her shoulder and into her face, and he let out a strangled moan.

She stood and yanked the hem of her shirt down. “Jeez, I’m so sorry. I didn’t think you were up. I was just about to make breakfast before I got changed.”

He gulped. Her eyes flicked to the hardened bulge of his cock, which tented against his sweats. He looked like he wanted to devour her. “I…need to use the bathroom,” he growled tightly, then marched down the hall and slammed the bathroom door.

She looked at the exposed bottom half of her panties, and rolled her eyes. “Great, Sonnet. Just great.” She turned off the stove, abandoned the breakfast food, and made her way to her bedroom. A stifled moan escaped from behind the closed bathroom door as she passed, and stopped her in her tracks.

In any other circumstance she wouldn’t give it a second thought—people moaned all the time because they were tired or relieved—but she listened. It was a certain kind of moan, one she made the first night she’d met him when she touched herself.

She heard a distinctive rhythmic thwacking of flesh upon flesh, a series of muffled pants, a grunt, and soft thud against the wall, and her pussy throbbed. She clenched her thighs together and put her palm over her mouth.

I honestly don’t want to say that this is a cute book because in some ways it is but, in other ways, the message is deeper than that.  Sure, sure it’s your typical boy meets girl.  Girl grew up sheltered with a promise to her dad that there would be no boys.  Girl is within a stone’s throw of going to medical school but then she meets the boy.  Boy makes her question everything that she grew up knowing and believing.  I know, we’ve already read the book and reviewed it.  But let me tell you why this one is so different from the pack.

Sonnet is just a bad *ss.  No, really she is.  Having no family left in her life and relying solely on talking to her grandmother’s picture, you could almost feel sorry for her but I never did.  I realized early on in the story that no matter happens she was going to medical school.  Too bad, the heart never got the message.  Poor Griffith.  Yeah, he’s the reason that her heart never got the memo.  I loved him from the start.  In fact, their dialogue at the beginning of the book cracked me up.  She gave it to him good but he never backed down.  And that’s what I loved about Griffith.  He never backed down, never gave up on Sonnet.

Overall, I love Sonnet and Griffith.  They had me at their first meeting until the big “black” moment and then the absolute twist in the last two chapters.  Hell, I was holding my breath as everyone else at the hospital was, too.  That was some damn good writing and I honestly read it twice.  There is definitely a message in the book that I think everyone needs to listen to.  I finally listened to my heart when I was 37 and I never looked back. 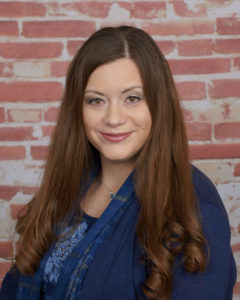 Roxanne D. Howard is a U.S. Army veteran who has a bachelor’s degree in Psychology and English. She loves to read poetry, classical literature, and Stephen King. Also, she is an avid Star Wars fan, musical theater nut, and marine biology geek. Roxanne resides in the western U.S., and when she’s not writing, she enjoys spending time with her husband and children. She also writes science fiction and stage plays as Haley Cavanagh. Roxanne loves to hear from her readers, and encourages you to contact her via her website and social media. 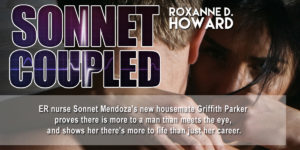 Roxanne D. Howard will be awarding a $10 Amazon or Barnes and Noble GC to a randomly drawn winner via rafflecopter during the tour.