Mission:
Keep his eyes on the skies…despite one sexy distraction! 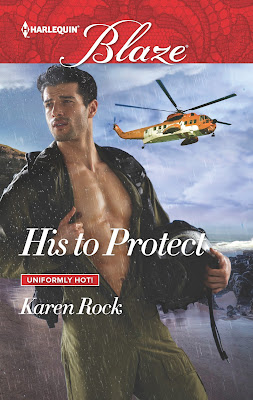 Mission: Keep his eyes on the skies…despite one sexy distraction!

There are things a man can never undo. For Coast Guard search and rescue pilot Mark Sampson, it was the agonizing decision that cost him a teammate—and his faith in himself. But an unbelievably sexy blonde on a secluded beach may help him forget…if only for a night.

Cassie Rowe needed a distraction—and, boy, did she get one! How was she to know the brooding stranger who rocked her
world was the pilot who’d left her brother to die? And now they’re on the same mission. She should hate him. But she can’t fight the storm of desire threatening to pull them under…
BUY NOW
Amazon | B & N | Google | iTunes | Kobo | Audio

“Abandon ship! Abandon ship!” Dylan hollered as the boat shuddered and lifted before crashing smack down on its side.

Cassie leaped into the whirling water and kicked hard against the sucking drag, her life preserver no match for the powerful force. Coughing and spitting out salt water, she flailed, trying to keep her head above the enraged ocean intent on swallowing everything. Including her.

Dylan reached her, cradled her head in his arm and began kicking them backward, hard, keeping her mouth above water. When she looked skyward, she didn’t spot the Jayhawk and her heart seized.

Had they lost them?

Would she and Dylan drown?

“Keep kicking!” urged Dylan and she put her shaking muscles into it. The injured swimmer wasn’t giving in and neither would she.

Several seconds, minutes, hours seemed to pass— she’d lost count—as she and Dylan battled the waves before, miraculously, a rescue strop dropped directly in front of them.

In a flash, Dylan had them hooked. Air whistled around her as they swung toward the helicopter. Larry snatched them into the cabin the moment her toes grazed the side of the aircraft.

The cabin door slammed shut. She blinked at the crying, shaking and staring survivors and her thoughts tumbled. A deep shudder started in her gut and rattled her to her toes. She pressed her hand against the Jayhawk’s side, not trusting that she really was out of the water and here.

When she caught sight of her v-fib patient, she crouch-walked to his side as the helicopter wheeled then sped. What a relief to see the IV still attached to the litter.

She checked his vitals and tourniquet.

Stable. Critical, but stable. Hopefully enough to get to the airport then medevac to a major hospital.

A life saved. One for her and how many more for these extraordinary men? She looked around the cabin, deeply impressed as Dylan shrugged off any fussing over his dangling arm and began checking passengers alongside her.

“Or looking for some shirt candy,” put in Rob with a sheepish glance behind him.

“It’s an Air Medal for sure. You, too, Cassie, if you were in the Coast Guard.” Dylan’s cocky grin was firmly back in place.

Her gaze swerved to the cockpit and a spark, like the shock off an electric fence, went through her as she met Mark’s eyes. They stared at each other for a moment before he turned back, but the glimpse of his anguished expression tormented her. Made her want to reassure him she was fine. Not scared after all, she suddenly realized. She’d been so intent on her job, so focused on her survival, that she hadn’t been meek at all.

The change swept through her skin, whirling in the vast spaces between her atoms, reconfiguring her into someone else—or perhaps, as Jeff had pointed out, the person she was meant to be all along.

Ms. Rock’s story is action packed, emotional and sexy all wrapped up in one tidy package.  I will have to admit that at times, I pictured Kevin Costner and Ashton Kutcher.  And that’s not really a bad thing.  😉  See the movie.  Lick the screen.  Repeat.  Your welcome.  Yes, this book is full of yummy men.  Dylan…yep, his book is next.

Why did I love the book?  Ms. Rock has already got my attention because she writes characters that are real with real emotions.  Realistic situations dominate your stories and heartfelt emotions, too.  Mark and Cassie are the couple that shouldn’t be together but deserve to be together.  Each is grieving for the same, yet different reasons.  I liked how Ms. Rock set up their cute meet and then BAM!  From Cassie’s fears to Mark’s need to protect her, it made for great drama.  I especially loved the above scene.  The whole scene is well done and shows not only Mark’s respect for Cassie but also Cassie’s fearlessness in a dangerous situation.

Cassie had the most to lose when she decides to work for the Red Cross.  I loved the strength that she had, even though she didn’t think she did.  Mark, on the other hand, needed to realize that Cassie wasn’t Jeff.  I won’t give it away but Mark’s whole thought process, when it came to Cassie, was her brother, Jeff.

Overall, Ms. Rock showed me why I read Blaze for so many years and the why I need to start reading them again.  Of course, I read her Heartwarming and might never view them the same way again.  😉  I can’t wait for Dylan’s story. 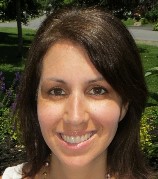 Award-winning author Karen Rock is both sweet and spicy—at least when it comes to her writing! The author of both YA and adult contemporary books writes red-hot novels for Harlequin Blaze and small-town romances for Harlequin Heartwarming. A strong believer in Happily-Ever-After, Karen loves creating unforgettable stories that leave her readers with a smile.

She enjoys returning to her teaching roots when speaking at regional and national writing conferences and interacting with other writers. She has a Master of Fine Arts in English and has continued to learn and grow professionally through her work with YA co-author, fellow romance author, friend and sister-in-law, Joanne Rock.
When she’s not writing, Karen is an avid reader who’s typically immersed in three different books at a time, all in different genres. She also loves cooking her grandmother’s Italian recipes, baking, Christmas (no need to specify—she loves every bit of it), and having the Adirondack Park wilderness as her backyard, where she lives with her husband, daughter, dog and cat who
keep her life interesting and complete..
Website | Facebook | Twitter | GoodReads