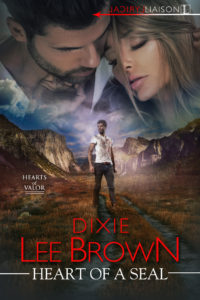 Heart of a SEAL

They’re brothers in arms, Navy SEALS risking their lives for their country . . . and the women they love.

This is Luke Harding’s story.

Six months in a desert hellhole taught Navy SEAL Luke Harding things he never wanted to learn about life and death. Only tender memories of the beautiful brunette he met a few weeks before his deployment helped get him through the torturous days and nights. Back in the States after a perilous rescue, physically and emotionally damaged, Luke’s about to plunge into a new kind of war. In a seemingly bucolic Idaho town, Sally Duncan faces real—and unpredictable—danger.

All Sally ever wanted was a safe place to raise her nine-year-old daughter. Her identity hidden behind a façade of secrets and lies, can she trust Luke—a man she barely knows—with the truth? Even as they give in to long-denied passion, a killer with a personal vendetta is setting an ambush that will leave them praying for a miracle and fighting for the future they may not live to see.

Screaming wasn’t really Sally’s style. The best she could do at the moment was crawl out of the reach of the enraged lunatic and hope he came to his senses.

“Go ahead. Touch her again and see what happens.” The suggestion, coming from the darkness behind Emmett’s vehicle and delivered with steel-edged composure, took her completely by surprise.

Sally swung toward the new player, forgetting Emmett for the moment. The voice was all too familiar, stirring unwelcome memories. Eyes watering from Emmett’s blow, she squinted to see the man standing in the darkness just beyond her yard.

“Luke?” Sally staggered to her feet, clenching her teeth against the sick feeling that swirled in her stomach.

It couldn’t be him. Not the man she’d fallen hard for before he deployed with his SEAL unit over a year ago. Not the man who’d refused to see her when she hurried to the hospital in Bethesda after hearing he’d been rescued from a terrorist prison. Rushing to his side because she’d thought they meant something to each other, she’d quickly learned the truth of the matter. His disregard had let her know, in no uncertain terms, that the feelings had been one-sided. That man had no reason—or right—to show up at her door.

Sally searched the shadows near the street, where the voice had originated. When she finally made out his silhouette, her breath caught in her throat.

Luke didn’t spare her a glance.

“Who the hell are you?” Emmett turned to face him.

“Does it matter?” Luke’s words contained a dangerous warning that Sally had never heard before.

As he stepped from the shadow of the SUV, his military fatigues and the duffel he carried reminded her of the homeless people who’d camped on Elk Creek last fall. A knife in a leather sheath hung at his side. His face was etched with lines of exhaustion, and he might have carried himself stiffly, but otherwise he was the same man she remembered. Light brown hair, longer and a bit more disheveled than the last time she’d seen him, always tempted her to run her fingers through it…even now.

Ms. Brown, I’m so very sorry this is late.  I loved this book.  Every ounce of it.  This just reminds me of why I love romantic suspense so much.  When we meet Sally and Luke, we don’t have to worry about them getting together because this is a second chance story.  We did have to worry about it is the “who is trying to kill us”.  And of course, I NEVER saw that one coming.  I was sure I had it figured out but no.  You had to throw the curveball.

Peeps, this book is fast.  The action never stops.  Like ever.  Even with the smexy times, it moves at a fast pace so you need to pay attention and don’t start it at night.  Why?  Because you need to pay attention.  Ms. Brown writes a suspenseful romantic thriller with just a dash of humor to keep things from getting too dark.  There are some dark issues that both Luke and Sally went through to get where they are in the book and Ms. Brown does a fantastic job with that.  Even with Sally’s daughter, Jen in the mix, she even has her own little “trouble” thrown in there.  Don’t worry though, its necessary to the whole book.

Travis, Daniel, Matthew, and Garrett (must read his book), are wonderful additions to their story.  Plus, I can’t wait to read their stories.  Matt’s story is next and yes, I pre-ordered it already.  Plus, the setting of the book is wonderful.  No one sets anything in Idaho.

Folks, I can’t praise Ms. Brown enough with this book.  Strong characters, an ending that I NEVER saw coming, and a strong family unit among friends that is unbreakable.  She reminds me why I romantic suspense is my favorite genre. 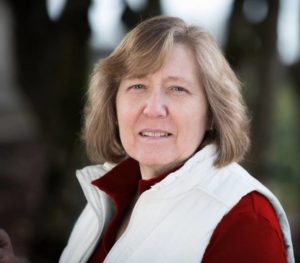 Dixie Lee Brown lives and writes in Central Oregon, inspired by gorgeous scenery and at least three hundred sunny days a year. Having moved from South Dakota as a child to Washington, Montana and then to Oregon, she feels at home in the west. She resides with two dogs and a cat, who are currently all the responsibility she can handle. Dixie works fulltime as a bookkeeper. When she’s not writing or working, she loves to read, enjoys movies, and if it were possible, she’d spend all of her time at the beach. She is also the author of the Trust No One romantic suspense series, published by Avon Impulse.

Dixie Lee will be awarding a $25 Amazon or B/N GC to a randomly drawn winner via rafflecopter during the tour.

28 thoughts on “#Review of Heart of a SEAL (a Hearts of Valor novel) by Dixie Lee Brown w/a rafflecopter giveaway! @DixieLeeBrown #romanticsuspense”