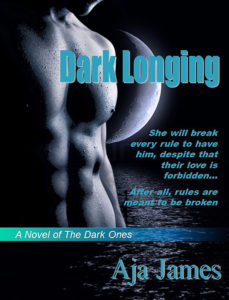 “Every story has more than one side, like a crystal that captures and reflects different colors of light. Do not take for granted what you think you know… for until you hold the entire jewel in your palm, the temptation is to fall prey to illusion and deception.”

This is a story of the Dark Ones…

Known as the Angel of Death among her Kind, she has lived millennia alone, one of the remaining True Bloods in existence, unconsciously longing for the one male she could never have…

His soul recognizes hers from the first encounter. With the first touch, he is awakened… Though he does not know it, he has been searching for her across the ages…

But even as they are finally reunited, their love faces seemingly impossible odds. Would history repeat itself or will they break all the rules and chart a new course together?

“Thou shalt not covet thy human subjects, nor the Pure Ones who are thy slaves.  Subjects must be held at an objective distance, ruled by a fair hand. Slaves must be leashed with tight control, mastered by a strong will.”

—Excerpt from the Dark Laws, verse twenty-one of the Ecliptic Scrolls

The trembling in her body began again as she flashed hot and cold.  The venom was starting to wear off.

“You’ll make sure he doesn’t suspect the arrangement?” Olivia asked for what was probably the hundredth time, her voice starting to fade.

“He will not suspect.”

“He hates to be manipulated.  He has so much pride.”

Yes, she knew.  Gabriel’s code of honor reminded Inanna of the most ancient Dark Ones.

“Will you be good to him?” Olivia asked.

Inanna cocked her head a bit.  Didn’t she already ask this? Nevertheless she answered, “He will lack for nothing.”

“That’s not what I meant.”  Olivia sighed and closed her eyes.

Her shaking had intensified.  She was idly scratching herself again.

She broke off as her panting got stronger, as she struggled to draw enough oxygen into her failing lungs, arching off the bed in a twist of pain.

“It is time,” Inanna said quietly, knowing that the patient no longer heard her.

With a gust of wind, the windows slammed shut, the lights in the hospice room blacked out.  In the heavy darkness there was a flash of white fangs.

Second paranormal of the week.  What can I say?  Let me start by saying that I didn’t read the first book in the series, I didn’t have a clue what I was getting into and oh my word…this book!  I normally don’t really like the whole vampire paranormal but this one is a bit different from all the cookie cutter ones that have saturated the market.  Let me explain:

There were others characters that help propel Nana and Gabriel’s story and I felt like I knew them from the get-go.  Yes, I didn’t read the first book but I never felt lost when it came to the characters in this book.  I’m also going to say that this book is hawt.  Like, singe the reader hot.  I know, I have laid off the hot stuff but for this couple, it worked.  Ms. James writing is just fluid and steady.  I will say that I almost gave up during the first 30% but by 50%, I just couldn’t put it down.  There is plenty of suspense and mystery, too.

Again, I haven’t read a true paranormal/fantasy book this good in a very long time.  It seemed real to me and not eye-rolling at all.  In fact, I will be reviewing the third book in the series next month, so watch for it.  Even if you don’t like or gave up on the genre, The Dark Ones series is definitely worth a look-see. 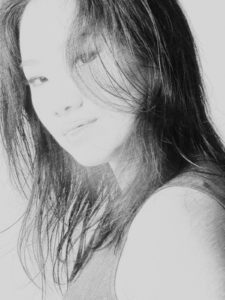 Aja James will be awarding a $20 Amazon/BN GC to a randomly drawn winner via rafflecopter during the tour.

14 thoughts on “#Review of Dark Longing (a novel of The Dark Ones) by Aja James w/a rafflecopter giveaway! @megami771”