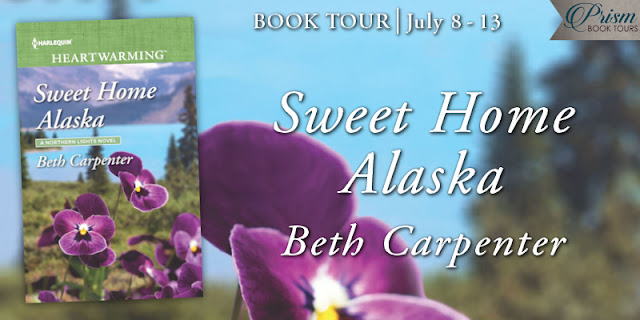 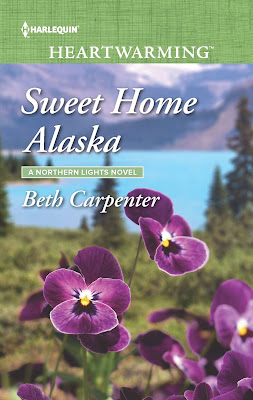 World traveler Dr. Scott Willingham is known for being calm and levelheaded—except where Volta Morgan is concerned. In the ten years since they parted, Scott still can’t forget her. Now he’s come to Alaska to find Volta and finally let her go, only to find their attraction is stronger than ever. Can Scott leave her behind one last time…or has he truly found a place to call home?

Mom took a sip of her tea. “Has Scott worked in Alaska before?”

“No.” Volta gave a little laugh. “Why are you so interested?”

Her mother shrugged. “I was watching you when you talked at the birthday party, and you didn’t look like two people who barely knew each other. If you’ve known him awhile, and he’s never been in Alaska before, where did you meet him?”

Volta stuffed her mouth full of meat loaf to avoid having to answer that question right away, but her mother watched her until she swallowed. “This is really good. Do I taste rosemary?”

“You know you do, because you asked that last time. Why don’t you want to tell me where you met this doctor?”

Volta shrugged. “I knew him in Hawaii.”

“Really? Was he in some of your classes?” Her mother’s eyes suddenly widened. “Wait a minute. Scott? Oh, Volta, was this the man who caused you to drop out of school?”

“No one caused me to drop out. That was all on me.”

“But you were so sad when you came home. He broke your heart.” She stared at Volta’s face as though she could read her thoughts. “It was him, wasn’t it?”

“Okay, yes. Scott and I were dating in Hawaii. And I thought it was getting serious. But he already had plans to join DEMA once he finished his residency. He broke up with me. It’s not that big of a deal.”

“I got over it. I married Wade, and I had Emma. It all worked out for the best.”

“But now you have to spend a lot of time with this man.”

“I don’t want you to get hurt again.”

“Yes, well, I don’t particularly want that, either. That’s why I’m keeping this relationship on a professional level.”

“But he was at Emma’s birthday party.”

“That was Emma’s doing, not mine. You know how excited she was about the reindeer farm. She ran into him when he was dropping me off and invited him.”

“Why was he dropping you off?”

“I left my keys— It doesn’t matter. The point is, I’m eleven years older now, and I hope wiser. Scott is doing important work with this study and I can contribute. He doesn’t know Alaska, and I do. After I introduced Scott, the people we interviewed yesterday opened up and gave him valuable information.”

“Are you sure this is a good idea?”

“I think I’m mature enough to work alongside a man without falling in love with him. Besides, it’s only for a couple of weeks.” Volta laughed. “What could go wrong?”

If I had to give out my best book of the year award right now, it would be this book.  It is that good.  This isn’t my first book by Ms. Carpentar and she never disappoints.  Ms. Carpentar also brings emotional depth to her stories but also, I feel like I’m in Alaska.  Like Northern Alaska feels.  I loved that show.  You need to look it up.  Anyway.  Plus, her characters are always phenomenal.  And, there is a child involved but Emma is her own character and I loved her.

This is a great second chance romance from the heart.  I completely understood the commitment issues that Scott had from the beginning.  His family life growing up wasn’t the best but he did what he thought he had to do in Hawaii with Volta.  Volta is guarded when it comes to Scott and she has every right.  And then her daughter, Emma, takes a strong liking to Scott and in time, Scott to her.  I loved their relationship and it woke something in Scott that he never thought would happen.  Volta is a strong woman.  Fierce when it comes to her daughter and loyal to her job and patients.  What I didn’t like was how she let her sister in law talk to her that way about her late husband (her brother) like that.  Sure, I understood that she missed her brother but I would have put her in her place.  It grated on my nerves a bit but hey, it’s just me.

Their love story is a sweet one but a very slow build.  Like I said, a second chance at romance but they still had a lot to work out between them and within themselves.  Trust, commitment are some of the issues that they have but the love has never died.  Communication this time around is the key to their romance and it works.  I especially liked how Ms. Carpentar showed Volta’s relationship with her own parents and her in-laws.  While her parents weren’t exactly thrilled, they didn’t judge her decision but listened to her and the concerns they had.  Emma is cute and I understood her frustration when Scott.  Her relationship with him bloomed and I loved watching it.

Peeps, you really need to read Ms. Carpentar and this series.  She brings emotional depth, humor, great characters, and a setting to die for.  I recommend Ms. Carpentar to anyone that will listen to me.  And yes, this is a series but each book stands alone. 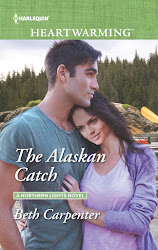 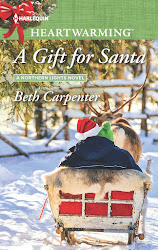 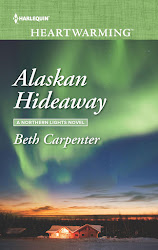 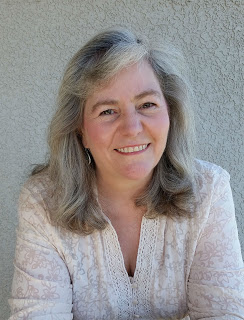 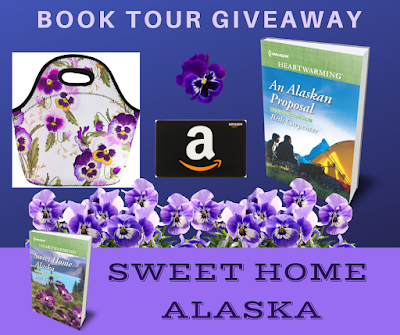 1 winner will receive:
– A copy of AN ALASKAN PROPOSAL
– A neoprene pansy-print lunch tote
– A $20 Amazon gift card

Please note: International entries welcome, but if the winner has no US mailing address, the substitute prize will be AN ALASKAN PROPOSAL and ALASKAN HIDEAWAY ebooks, plus a $20 Amazon gift card.