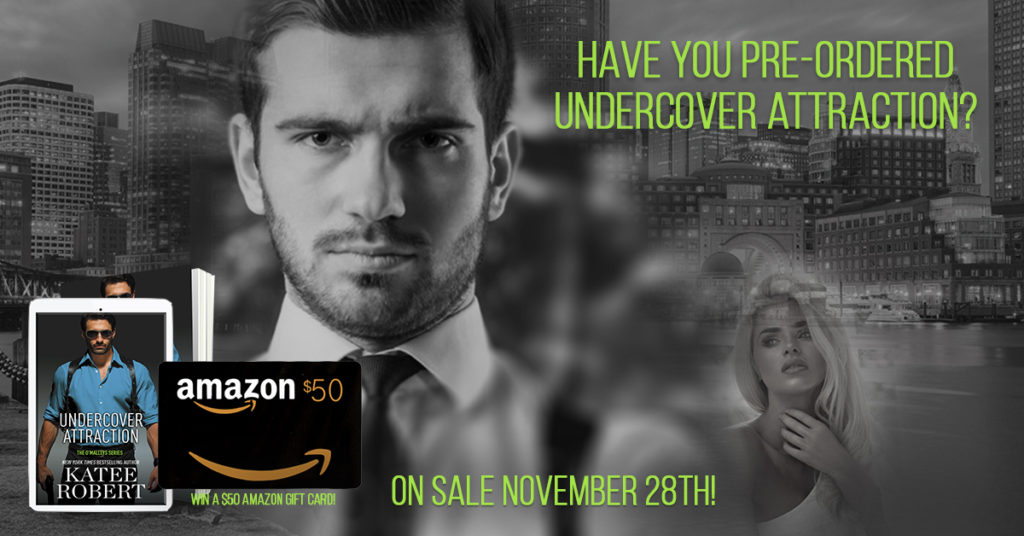 Have you Pre-ordered Undercover Attraction by Katee Robert yet? 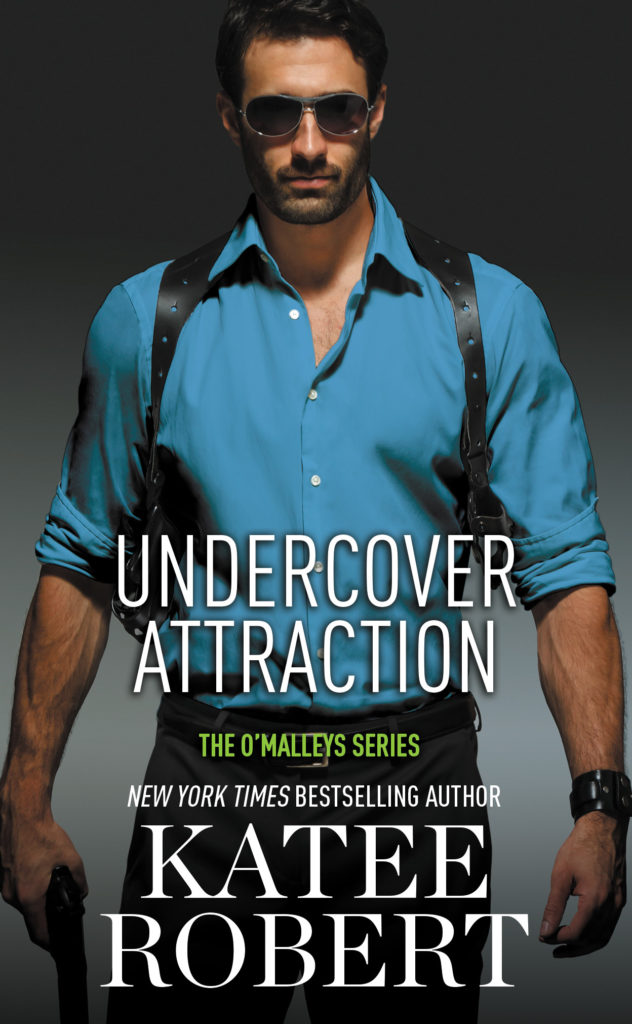 Enter to win a $50 Amazon Gift Card from Katee Robert! 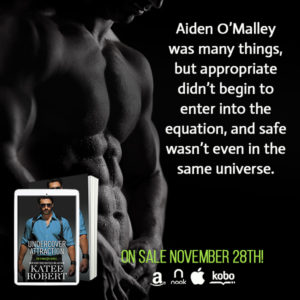 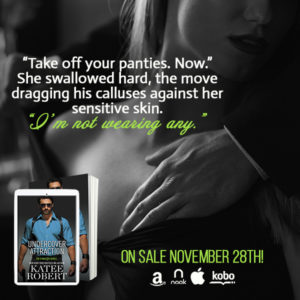 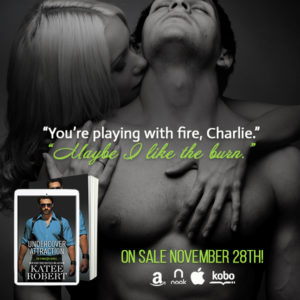 “Let’s get one thing clear—”

He bracketed her throat, putting just enough pressure there to stop her words. “Did you change your mind?”

She narrowed her eyes but didn’t try to pretend she had no idea what he was talking about. “You play your game your way. I’ll play it mine.”

Disobedient and willful to the very end. He couldn’t decide if she was trying to provoke a response or if she was just that opposed to being locked down in any way. In the end, it didn’t matter. “I should bend you over this counter and fuck you into submission.”

“Don’t think for a second it would work.” Charlie rolled her eyes. “And beyond that, we’re already going to be late, so unless you’re looking for a quickie, fucking me in any way is out of the question.”

The irrational side of him, which always seemed to come into play around her, rose to demand he throw caution to the wind and prove her wrong. He reined it in, but only barely. Every time she pushed him, intentionally or not, he slid a little closer to the edge. It was only a matter of time before he went over—and took her with him.

Aiden let go of her and stepped back. He didn’t like the confusion on her face—or the flicker of hurt that rose as he moved to the dresser across the room. For all her spikes, there was something fragile about Charlie, and he’d have to be a special kind of bastard to want to shatter her, no matter who her father was.

He opened the drawer at the bottom that had been empty until a week ago. “Take off your panties.”

“I’m waiting for you to explain.”

Aiden shook his head slowly. “There aren’t two separate games—there’s only my game. Either play along or deal with the consequences.” He picked an item out of the drawer and held it up. “Here’s your first punishment.”

“I didn’t do anything wrong.” But her eyes lit with interest at the small blue vibe in his hand.

He motioned her forward, giving her plenty of time to tell him to go to hell.

Charlie moved to stand directly in front of him. He lifted her dress to the tops of her thighs, bunching the shimmering fabric. “Hold this,” he ordered.

“You are aggravating in the extreme.”

“So I’ve been told.” He pulled her panties down to her thighs. It was tempting to kiss her there, but he forced himself to stay on task. Aiden held the small vibe against her clit as he shifted the lace back into place. It took a few seconds to maneuver it to exactly where he wanted, but then he sat back on his heels. “You can let go now.”

“This is an important night, Aiden.” She shifted, a frown on her face. “We don’t have time for your sex games to distract me.”

He pulled out his phone and brought up the app he’d downloaded when he bought the sex toy. A flick of his finger and her entire body tensed. Aiden didn’t bother to hide his satisfied smile. It fell away when he touched his pocket and the little box it held. “One more thing.”

That surprised a laugh out of him. What surprised him even more was how good it felt. When was the last time he’d laughed freely in a way that wasn’t calculated?

He stood and pulled out the ring box. “I’d go down on one knee, but that isn’t the kind of relationship we have.”

“No, it’s not.” She looked a little sick, but she held out her hand so he could slide the ring onto it. “Aiden, it’s beautiful.”

“It was my grandmother’s.” It had taken some shady work to figure out Charlie’s ring size after he’d first met her, so that he could get the ring resized. He hadn’t told anyone about it. Though he’d been as sure of her as he could be of a near-stranger, he hadn’t wanted to admit the lengths he’d gone through, in case things didn’t pan out.

If anything, she looked even more horrified. “I can’t wear your grandmother’s ring. It’s not right.”

“You have to. As oldest son and heir, that ring rightfully belongs to my future wife. It would be more than a little suspicious if I didn’t give it to you.”

She touched the massive diamond. It was in the same setting as when his grandfather had proposed, little rubies and garnets surrounding the diamond, to represent colors in the O’Malley crest.

It felt a whole lot like he’d just branded Charlie.

It didn’t bother him nearly as much as it should. 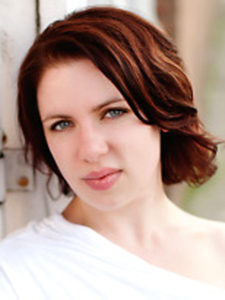