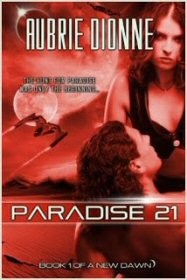 I want to thank Aubrie for stopping by today.  I have an excerpt following the interview and the video trailer.  Top ten things you don’t know about me:

Cotton because it’s easy to wash! Silk only when I have a flute recital. J
2.  Champagne/beer/wine?
I love fruity wines. We live next to a winery in New Hampshire (Zorvino Vineyards:  http://zorvino.com/), and my favorite is their strawberry flavored wine.
3.  Plotter/pantser
A little of both. I plot the general arc of the book, the beginning and the end, and I “pants it” in the middle. That’s the scariest part for me!
4.  Describe your workspace
Very cluttered! There’s a statue of a fairy godmother, a replica of Jack Sparrow’s head beads hanging on my bulletin board (still in the box because they are too precious to take out), lots of post it notes with scribbles, four or five notebooks, and fish food for my guppies.
5.  Sports fan or just tolerate it?
What is sports? Does figure skating count? I think that’s the only sport I’ve ever watched.
6.   As a professional flutist, do you also teach on the side?  How long have you been playing?
I’ve been playing ever since I was nine years old. I teach about 35-40 students per week, and I play at weddings and orchestra concerts. I have two concerts coming up with a community chorus for the holidays!
7.  Favorite food –
I love pasta! To be healthy I’ve changed to wheat pasta, but if it didn’t matter, I’d eat heaps of regular pasta every day slathered in marinara sauce!
8.  When did you start writing?
I started writing about 6 years ago. I use visual imagery to teach my flute students to play with emotion. The stories just kept getting longer, and my flute students told me to write them down, so here I am today! (Thank you flute students who shall remain nameless).
9.  If money were no object, where would you like to live?
Near the beach in a warm climate like Hawaii. I went to the big island on my honeymoon and loved it. The lava was scary, but everything was so exotic.
I’d have a second home in New Hampshire. My whole family lives in New Hampshire, so I’d miss them if I lived anywhere else.
10.  What’s next for you?
I just finished edits on Tundra 37, the sequel to Paradise 21. It has alien woolly mammoths, laser fights, romance- both happy and tragic, and cyber women in it. I’m currently working on the third book, Haven 6, due in January. Haven 6 is about Striker and Aries’s descendants on Refuge.
I also just contracted a novella tie in to the New Dawn series called a Hero Rising. This story is centered around Striker’s great great great grandfather, James Wilfred, and how he saved the space pirates from the collapse of Old Earth. It even has zombies!
Thank you, Marika, for this wonderful interview!
Book Blurb:
Aries has lived her entire life aboard mankind’s last hope, the New Dawn, a spaceship traveling toward a planet where humanity can begin anew—a planet that won’t be reached in Aries’ lifetime. As one of the last genetically desirable women in the universe, she must marry her designated genetic match and produce the next generation for this centuries-long voyage.
But Aries has other plans.
When her desperate escape from the New Dawn strands her on a desert planet, Aries discovers the rumors about pirates—humans who escaped Earth before its demise—are true. Handsome, genetically imperfect Striker possesses the freedom Aries envies, and the two connect on a level she never thought possible. But pursued by her match from above and hunted by the planet’s native inhabitants, Aries quickly learns her freedom will come at a hefty price.
The life of the man she loves.
Excerpt:
“Might as well stay here and make camp for the night.”
His casual tone stung her composure. How could he talk of such mundane things when they’d almost been captured, when she’d touched him so tenderly?
“We’ll let them get farther away,” Striker explained, reasonable as always. “We’re going in their direction tomorrow.”
The sting of rejection grew, burning a hole in her heart. “Why?”
“Why what?”
Her lips trembled. “Why not kiss me like you did before?”
“I can’t.” He shook his head, and the air cooled between them; so much so, Aries wondered if the desert had turned into deep space.
He’d teased her with such affection before, it was cruel to take it away. “I don’t understand,” she said, wishing she didn’t care, wishing she could stop all the emotions he’d started in her heart.
Aries caught a glimpse of pain etched in the wrinkles around his eyes. Striker turned away and started pulling supplies out of his backpack. “I can’t do this.”
“Do what?”
Striker shook his head and Aries prompted, “Can’t kiss me, can’t trust me? What?”
“I can’t allow myself to get tangled up with someone. Not again.”
The thoughts of Striker with another woman confused her. On the New Dawn, everyone had one lifemate and that was it. “You mean you loved someone before?”
Striker’s hand tightened on the backpack. “I trusted someone a long time ago, allowed myself to love, if you will. She hurt me so much I lost my entire life and ended up here. I can’t experience that kind of pain again.”
Aries clasped her hand over her heart. “I’m so sorry.”
He waved her apology off as if it meant nothing. “It’s a tough world, Aries. And it’s dangerous to love. If I were you, I’d keep my heart well-guarded, because you never know when it will affect your decisions, when it will make you weak.”
Aries couldn’t take his advice. Watching him talk about his past made her realize she’d already given up her heart.
He had it.
Title: Paradise 21
Author: Aubrie Dionne
Genre: Sci-Fi Romance
Length: Novel
Release Date: August 2011
ePub ISBN: 978-1-937044-02-2
Mobi ISBN: Coming soon!
Print ISBN: 978-1-937044-03-9
http://www.entangledpublishing.com/paradise-21/

About the Author:
Aubrie is an author and flutist in New England. Her stories have appeared in Mindflights, Niteblade, Silver Blade, A Fly in Amber, and several print anthologies including Skulls and Crossbones by Minddancer Press, Rise of the Necromancers, by Pill Hill Press, Nightbird Singing in the Dead of Night by Nightbird Publishing, Dragontalesand Mertales by Wyvern Publications, A Yuletide Wish by Nightwolf Publications, and Aurora Rising by Aurora Wolf Publications.  Her epic fantasy is published with Wyvern Publications, and several of her ebooks are published with Lyrical Press and Gypsy Shadow Publishing. When she’s not writing, she plays in orchestras and teaches flute at Plymouth State University and a community music school.
http://www.authoraubrie.com
http://authoraubrie.blogspot.com