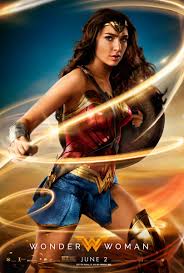 Most people don’t know this about me but I’m passionate about comic books. I was devasted when they killed Superman and I still have nightmares about it. When I watch the new Superman movies, I basically hold my breath. Of course, in the last movie, Batman vs. Superman, I cried. It was awful. But I digress. I could argue the differences about Marvel and DC but it comes down to taste. Marvel is the light and DC is the dark. My kid (son) LOVES Aquaman. He buys the graphic novels and devours them. And yes, when Justice League comes out, we are seeing it.

Personally, I’m more of DC person.  Sure, Captain America is the BOMB, Thor is pretty and Black Widow kicks ass but Superman and Batman are my first loves.  The loves that no matter who plays them (well, George Clooney was awful and Christopher Reeve will forever be my Superman) are part of my childhood.  I’m a firm believer in good always wins out over evil.  When I saw Batman vs Superman, I was excited.  Hubs hated the movie but the kid and I loved it.  I’m a HUGE fan of Affleck so I couldn’t wait to see his take on Batman/Bruce Wayne and then we were introduced to Diana Prince/Wonder Woman.  Gal nailed it so going into her own movie, I was excited plus, Chris Pine.  *swoon* 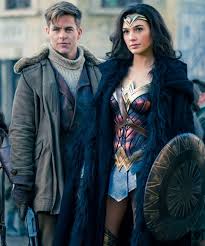 He is actually the love interest for Diana Prince/Wonder Woman.  The banter between them throughout the movie is spot on.  Flirty, intelligent and swoon worthy.  Theirs is a slow build based on respect for one another and friendship.  In most action movies, the love interest is a sidekick but in this movie,  Steve plays a very important part in Diana’s growth as a person and ultimately, Wonder Woman.  No spoilers but you can definitely see the love between these two.  You can tell that Gal, the woman, is smitten with Chris.  Who wouldn’t be?  Plus, how often does the man actually get “saved” by the woman?

I realize that most women took their daughters to see this movie to show them that women are and can be empowered.  Unfortunately or fortunately for me, I don’t need Wonder Woman to make me feel empowered as a woman.  There, I said it.  I was raised by some very strong women that had to persevere just to get where they were in life.  These women empowered me.  Let me show you:

My Aunt Janie is a two-time breast cancer survivor.  Her husband, my uncle, had prostate cancer and dementia.  His prostate cancer came back.  She and Stephenie made the hardest decision of their lives.  Not telling him and then foregoing treatment.  He ultimately died last summer and it was the hardest thing that these two women had to deal with.  I found strength in their resolve and humor.  Stephenie is the older sister that I never had and my Aunt Janie is godmother.  They both have always believed in me, never judged and loved me for who and what I am.  Plus, Stephenie told me NEVER to waste mascara.  No one likes a raccoon.  Plus, I learned the finer things in life like cruising in a small town, Heart, Van Halen, Kiss and Kansas.  Just saying…

Nanny, my nanny.  The one person in this world that never doubted me.  Loved me no matter what and I still miss her each and every day.  Born in Oklahoma during the land rush and raised by an Irish man and a step mother that hated her, she made something of herself.  Her Choctaw mother died when she was 7 so she basically raised herself.  She never missed a day of school and got her college degree when she was 60 years old.  Art major, minor English.  She taught me to believe in myself when my own mother didn’t, manners matter and love with your whole heart.  I guess that’s why I didn’t get married until I was 37.  She and my grandfather built a business from the ground up (Abstracts/Title company) and worked until she was almost 90.  My cousin runs the business now and is doing well.  She lost her husband when she was 65 years old to lung cancer and she never showed it as a reason to stop living.  In fact, she went fly fishing once and loved it.  Went back almost every year just because.  She learned to keep going no matter what.  She was surrounded by her many friends and family which gave her the strength to keep going.  When I got the call that she died, I was devasted.  She died at the age of 94.  I remember the church filled to capacity when I led the casket out of the church.  The day is still somewhat a blur but I do remember being the strength that my cousins needed that day.  She loved my husband from the very first time she met him.  And Brian (the kid) was the light of her eyes.  I am the oldest grandchild and I was spoiled.  Who gives a 13-year-old a fur coat from Neiman Marcus?  She did.  For Christmas.  Seriously.  *shakes head*  She was my strength when I doubted myself.  I learned from her to NEVER give up.  She didn’t and I vow that I will finish my college degree…just like she did.

So why this in the middle of the movie review?  Because I didn’t see the movie to be empowered.  I’m already empowered.  I don’t need a movie to teach me that.  However, I did want my son to see it to show him that woman can be strong in whatever they set out to accomplish.  I’m trying not to raise an asshole, jerk, male that sees the worth in all women.  He has only seen me cry a couple of times in his life and it scared him.  I am strong because of him and for him.  I’m actually not a feminist.  I wasn’t raised as one but I do believe that woman can do anything that men can do and sometimes better.  I know, I’m weird.  I was raised that family/home comes first.  Your greatest achievement is your family.  Work comes second.  I still believe that and I realize that’s very old fashioned but hey, it’s me. 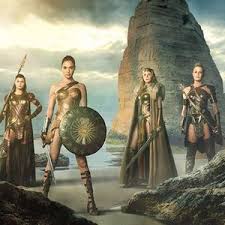 Another thing, when I saw Robin Wright, I remembered Jenny from Forrest Gump.  I have never seen The Princess Bride, so my take on her is limited.  I remember how she was in Forrest Gump.  A bit lost but in the end strong.  Stronger because of the love that Forrest had for her since childhood.  Connie Neilsen kicked butt, too.  The fight/action scenes were top notch.  And yes, I know that a woman directed the movie and she did an awesome job.  The villains were necessary not just in the plot but for Diana/Wonder Women to realize why she decided to leave the island.  Let’s not forget that the men in the movie aren’t just window dressing.  It’s refreshing to see that they need saving, not the other way around.

This is a powerful movie that has it all.  Swoon worthing romance (that makes sense and defines our heroine), the action that is breathtaking, villains to hate, costumes that I would kill for and a plot that actually makes sense.  I know…a superhero movie that actually makes sense.  All the elements are there and there is never a lack of pacing.  Ms. Jenkins got it all right in the end and I applaud Warner Brothers and DC for taking a chance on her and Gal Gadot.  I can’t wait to see it again and own the DVD.