Skip to content
UPDATE AS OF Friday, March 9, 2012—-To anyone that leaves a comment, you will be entered to win a copy of either Michael or Sterling.  Woo Hoo!!!!!  Keep commenting because the contest doesn’t end until March 20th, so hurry!!!!
Meet Author Lisa Renee Jones
and
The Men of the Zodius Series 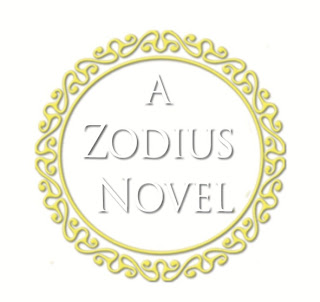 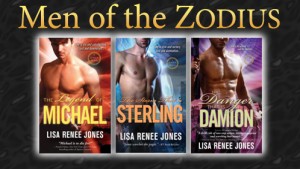 The world will never be the same…
Inspired by The Underground Guardians Series  – Read about the Underground Guardians that inspired ZODIUS SERIES HERE
A little about future heroes including Caleb’s story   HERE
Area 51 has proven to be more than a place from which alien rumors originate. It is there that the United States government  created Super Soldiers under the top secret “Project Zodius,” soldiers they called GTECH enhanced. Alien DNA purported to be immunizations was injected into elite soldiers, and a new race was created—soldiers with unique powers. Human to the normal eye, but not quite so human anymore.
All Super Soldiers are dangerous but some are stronger and more powerful than others. All are fighters with incredible strength and speed along with unique mental powers. Rapid metabolism delivers them an amazing ability to heal from injuries, and a simple bullet is no longer deadly against muscles like steel. They are deadly fighting machines who can travel with the wind.
Along with this new breed of soldier had come a thirst for power. A thirst that Adam Rain intends to sate. This soldier had developed a vision for a “perfect race.”  He became the new Hitler, calling his followers, those enhanced soldiers, the “Zodius.” The first step in Adam’s plan to rule humanity had been to take over Area 51. The main obstacle to his plan had been breeding, and he had a team of scientists working to solve the problems: a GTECH  can only bear children if mated; and a Zodius only has one true mate (Lifebond). This meant he had to find compatible women for his men, an obstacle he became determined to overcome. This had left him searching for genetic and alternative birthing methods. He had used humans like tokens, promised them power or conversion, or threatened their families. Once he has perfected a way to grow his race, there will be no stopping him.
A group of these Super Soldiers led by his brother, Caleb, has defied Adam’s rule and formed “The Renegades.” These Renegades operate from a hidden facility deep in the Nevada mountains below the surface of the earth, designed to hide the Renegades from Zodius radar. These Renegades will form an uneasy alliance to the United States government, protecting humanity.
But Adam aspires to rule the world, and he believes he can do so with Caleb by his side. Adam is taking every step possible to ensure that Caleb joins him, and that the Renegades become part of the Zodius.
Caleb and his Renegades will do anything to see Adam fall and humanity saved from his wrath.
Now meet the men of the Zodius Series! 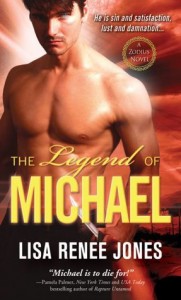 HE IS A LETHAL WEAPON…

One of an army of human soldiers injected with alien DNA, Michael is a legend within this new race, split between good and evil. Untamable, he has walked on the dark side and returned to the light. Feared and misunderstood, he leaves everything behind, including the one woman destined to be his mate.

HE IS HER ENEMY…AND HER DESTINY…

Fate leads Michael back to Cassandra Powell, for she holds the key to defending his comrades. With their loyalties divided between duty and the people they love, only together can Cassandra and Michael overcome insurmountable odds to save humanity from the wrath of a madman.

But no ordinary woman can control a creature such as Michael, and only one thing is clear—the world will never be the same… 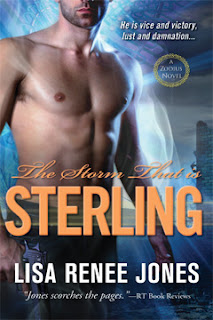 Sterling Jeter has remarkable powers and has shown himself to be just about indestructible. But beautiful, brilliant Rebecca Burns knows that even a Super Soldier needs comfort, and so much more…

But she can see that deep down, he’s just a man…

Sterling and Rebecca’s teenage romance was interrupted, but years later the heat between them flares back to life. Even though it endangers everything they’re fighting for, it’s impossible to resist picking up right where they left off… 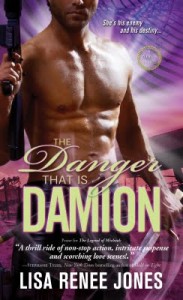 Zodius Series Book 3: The Danger that is Damion
Sourcebooks Casablanca (May 2012)
Available for Pre-order at BNand Amazon
General Powell from book 1 has returned and he’s developed a way to create and control a new generation of female GTECHs. He plans to use these women to bring both, the Renegades and the Zodius soldiers, back under his command. The world will be his. Now, Damion, a Renegade, who readers met in book two, will be pitted against one of those soldiers, a woman destined to be both his Lifebond and his enemy. Damion will become her only hope of salvation and their trust in each other the only chance they have to save the world from a madman.
Read an excerpt HERE
For more information about the Zodius series and to learn fun facts please visit Lisa Renee Jones’ website and her Zodius Series Page HERE 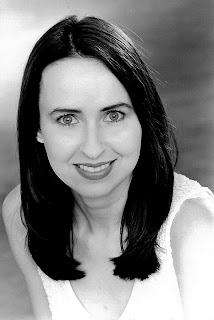 Award winning author, Lisa Renee Jones, has published more than fifteen novels in several different languages, spanning multiple genres of romance – contemporary, romantic suspense, dark paranormal and erotic fiction. In each book the hero is dark, dangerous, and sexy. She debuted for both, Nocturne and Blaze, on the Bookscan bestseller list. You can find Lisa on Twitter, Facebook, and her blog for regular updates. Lisa now has a Fan Page at Facebook.
Lisa enjoys receiving e-mails from her readers! If you would like to receive information about Lisa Renee Jones’ latest books and news about contest giveaways, as well as any other information that might be fun or interesting to you, sign up for Lisa’s Newsletter:
If you’d like to have Lisa visit your blog or website or would like to learn about reviewing one of her titles, please contact her assistant, Wendy Keel, at wendykeel@gmail.com.