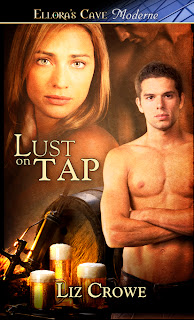 BLURB:
When wealthy brewery owner Dustin Prufrock meets sexy saleswoman Helena Turner, sparks fly—angry sparks. They seem destined to do nothing but clash, until a hot hook-up in a cold beer cooler changes everything.
For Dustin, it’s a life-changing moment and one that sets him on a path away from his birthright. Helena is forced to face her fears about committing to a man considered the playboy of the micro brewing world. The power of pre-conceived notions nearly tears them apart, until they meet up with Erik, Dustin’s old friend from the brewing institute in Munich, who provides them with an erotic and emotional connection that completes them all.
But fate has different plans, and Dustin is forced to take responsibility for his old life as heir to a large business. While he slips back into his expected role, Helena and Erik are thrown together in an attempt to run Dustin’s brewery without him. But the strength and trust of their once-balanced threesome has been shattered, and mutual lust might not be enough to keep them all together.
For info on my back list visit:  www.lizcrowe.com
Friend me on FB: http://www.facebook.com/lizcroweauthor
Follow me on Twitter: http://www.twitter.com/beerwencha2
Join my street team!  http://groups.yahoo.com/group/LizCroweStreetTeam/
Join the Romance for Real Life conversation on Facebook!
http://www.facebook.com/groups/RomanceForRealLife/
Bio: Microbrewery owner, best-selling author, beer blogger and journalist, mom of three teenagers, and soccer fan, Liz lives in the great middle west, in a Major College Town.  Years of experience in sales and fund raising, plus an eight-year stint as an ex-pat trailing spouse plus making her way in a world of men (i.e. the beer industry) has prepped her for life as erotic romance author.  When she isn’t sweating inventory and sales figures for the brewery, she can be found writing, editing or sweating promotional efforts for her latest publications.
Otherwise, look for her doing pounds of laundry for her athletic children, watching La Liga on the Fox Soccer Channel, or trying to figure out what to order in for dinner. Liz loves her Foo Fighters Pandora station, and watching reruns of Deadwood, when there isn’t any decent sports on (like during “golf season”).  Her beer blog a2beerwench.com is nationally recognized for its insider yet outsider views on the craft beer industry. Her books are set in the not-so-common worlds of breweries, on the soccer pitch and in high powered real estate offices.  Don’t ask her for anything “like” a Budweiser or risk painful injury.

5 thoughts on “Lust on Tap by Liz Crowe”