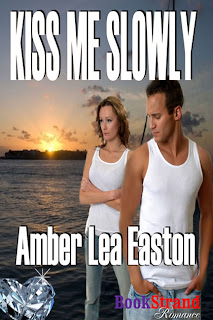 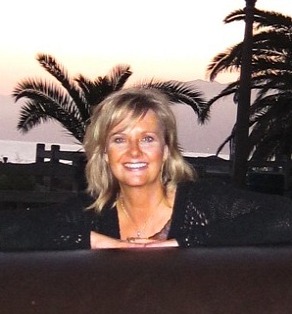 ABOUT THE AUTHOR:
Amber Lea Easton grew up in Hartford, South Dakota, where she spent her time daydreaming of big adventures over the horizon under a giant blue South Dakota sky. Now living in Colorado, she is an avid traveler who incorporates her real life travels into her novels as much as possible (minus the illegal activities her characters become immersed in–she swears). To her, setting is another character in the novel and often serves as an inspiration. Although she is a romantic suspense author, she’s an avid reader of all genres or “whatever turns her on in the moment”. Love is her motivation for all things–whether it be writing, traveling, playing with her dogs or hanging with her two teenagers–if it’s not done with love, then what’s the point?
To stay up to date with Amber Lea Easton’s new releases and events, check out her website at http://www.amberleaeaston.com, subscribe to her author blog at http://amberleaeaston.blogspot.com or email her at amber@amberleaeaston.com. Follow her on Twitter as @MtnMoxieGirl or on Facebook.
GUEST BLOG
Screw the Rules
by Amber Lea Easton
Let me start out by saying that I’m an over 40 year-old woman–widow–who’s new to the dating scene.  My husband passed away 6 years ago and I’ve only ventured back into the dating world this past year.  The last guy I dated–an over-50 year old man, never married–told me that I “don’t know the dating rules.”
Um…what?  Rules?!  Gimme a break.
Dating isn’t exactly my expertise, but I’m not some recluse who’s been living in a cave my entire life.  I know how to interact with people and have learned the hard way about who to let close and who to keep at a distance.  And, let’s not discount the fact that I was married for a decade so have an idea of how relationships work. This brings me to what he said about me “breaking the rules” as far as dating goes and how he was “cutting me some slack” because “I haven’t been dating for about 20 years.”
Well, it’s only been 17 years, thank you very much, but like I said, there was an 11 year relationship in there, buddy.
I’ve never been fond of rules.  In fact, if you tell me what the rule is, I will most likely go out of my way to break it just to see what happens.  Will the world end?  No.  Will I die? Well…okay, if it’s a rule about not skiing in an avalanche danger zone, I may respect that one.  I’m rebellious not crazy.
I am how I am.  I don’t play games.  I come with a past I am NOT ashamed of.  I will talk about anything at any given time.  I have few inhibitions.  I am passionate.  I love life.  People know where they stand with me, whether they like that or not.  If I’m happy, you’ll know it.  You’ll also be very aware of when I’m not.  What you see is what you get with me at all times.
Dating rules?  Like what?  It’s funny how people (men) say they want someone authentic…until that’s what they get.  Then it’s like “whoa, that’s a lot to handle” or “ooo…getting too close”.  Screw that.
Life is short. I know that first hand. I don’t like wasting time or playing evasive games.  With me, the rules don’t apply.  To me, rules are meant to keep people out.  What’s the point of dating if you don’t want to let someone in?
Rules?  Really?  Why?  Just go with it. At the end of the day, who cares about rules if you’re happy?  Life is too short.  There may not be a second chance for a happy ending so don’t mess it up with rules, lists or whatever obstacle you create to protect yourself.  Now is all we have.
If I’m breaking “rules”, then good for me.  I may not know a lot about dating…but I know a helluva lot about love.  I’m not going to waste one minute of my life worrying about “dating rules”.  I may be outrageous, passionate and hard to handle, but the future man in my life will love that about me.