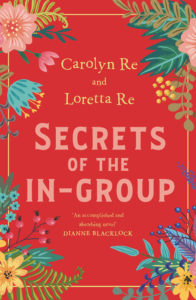 Secrets of the IN-Group

by Carolyn Re & Lorreta Re

A small town. A world wide web. Is the net really a friend?

What do you do when the children have flown the nest and you have time on your hands?

Six women in the Australian riverside city of Albury realise that, without social media skills, they’re staring irrelevancy in the face. Their book club won’t cut it any more. It’s time to go virtual.

But their decision to plunge into the on-line world brings shocking revelations and unexpected outcomes. Friendships, new and old, are tested and their lives teeter on the edge of collapse. They must navigate a path through the chaos. But who exactly can they trust?

[Libby is hiking for the first time around a local landmark with Martin.]

They’d reached another sculpture, a large empty picture frame that could be viewed from either side. From where they stood, the scene within the frame looked like a landscape painting, a foreground of rocks, with a grassy hill sweeping up towards spindly gums. The image might have been a work from the Heidelberg school, yet here it was in the bush, a living, natural picture.

‘I’ll take your photo in the frame,’ Libby suggested.

Using his iPhone, she snapped a picture of him, the bush as the backdrop.

‘The sun’s in the right spot for a shot of you from the other side,’ Martin said. ‘And with a different background in the frame.’

He took the mobile back and Libby glanced over her shoulder at her backdrop, the placid river in its valley, and the road that led back home.

Martin came in closer for his snap, then took another and another one again. He drew close to the frame and lowered the camera as he gently moved his head and touched her lips with his.

Ah, she thought as she kissed him back, delighted that she’d been wrong, that she hadn’t understood him. So this is a date after all.

A little about ourselves:

We’re sisters who spend a lot of time together. We like living in both the country and the city, so we’re always at each other’s homes. Carolyn has a place in Albury, a small town by the river where the book is set. She shares it with her black whippet, Ziggy, and, until the dastardly Mr Fox came for a visit a month ago, three gorgeous hens. She now has no hens. Loretta lives in Sydney, on a peninsula surrounded by the harbour, where our characters visit. Before Secrets of the IN-group, she wrote another book set in Albury based on the true rescue of an airplane by the residents many years ago. We’ve both given up work, which allows us to spend our time doing fun and frivolous things and blog about them at https://outsidethesquare101.com/2019/04/30/76-write-a-novel/

Is Secrets of the IN-group a single title, or part of a series?

We thought the novel was a stand-alone, but our characters have told us they so enjoyed their time together, they’d like to keep the friendship going. They also feel very pleased with themselves for solving all the mysteries and getting themselves out of trouble. They think they’re pretty clever now. We may have to listen to them.

We thought there weren’t enough stories about what women get up to once they’ve given up their day jobs and their children have left home. Like us, the women in Secrets of the IN-group want to expand their horizons, meet new friends, have a little romance and learn about current trends, which includes mastering social media. We also wanted to show that women of any age can have fun when they get together. Although all our characters are fictional, each one is someone you might meet in your own book club. Or at the library. Or at the croquet club. All their adventures are fictional—these are women who take risks they wouldn’t normally take and discover lots of hidden secrets about each other and about their own lives.

Setting for Secrets of the IN-group and favourite place there.

It’s set mainly in Albury, Carolyn’s home town which is nestled on one of Australia’s biggest rivers. The town has a lot of natural beauty with many walks—including an Indigenous Sculpture Walk, one of our favourites—and bike tracks, tree-lined streets and beautiful gardens. This led one reader to comment: ‘A story set in Albury, Australia. I’ve since discovered this is a real place. Which is now on my list of places I want to visit. It was so well described and the people all sound amazing.’ These women do get around, though. There are also scenes in Sydney near Loretta’s place, and in London, and New Zealand. If you’ve never visited Queenstown in New Zealand, you must put it on your bucket list, (after Albury, of course). The mountains and the lake there are out of this world.

Who are you favourite authors, books/series?

Our favourite author growing up was L M Montgomery who wrote the Anne (with an E) books. We loved how they followed all the characters living in Avonlea over decades and we got to know them like friends. We hope our readers will fall in love with at least some of our characters like we did. That was important to us, because we lived with them for several years and good company is so enjoyable. We also enjoy reading Liane Moriarty’s novels for her ability to incorporate suspense and intrigue, which inspired us to try something similar.

How did you approach the research for the book?

Because we had to learn about social media for the plots, something which neither of us had used much, (crazy, we know, but it wasn’t something we grew up with) we took an Instagram challenge as part of our learning curve. This involved taking a photograph every day for a month on a specified topic then posting it on Instagram. One day the topic would be ‘coffee’, (easy) the next, the word ‘pink’ (even easier). A challenging one was called ‘texture’. How do you show texture in a two-dimensional photo? To challenge ourselves, we started using Twitter too. At least by the end, we had a much better understanding of social media, and appreciated its uses.

What is the one thing you would tell an aspiring writer to do?

Write something every day, and stop writing at a point where you know exactly how you’ll resume the next day. 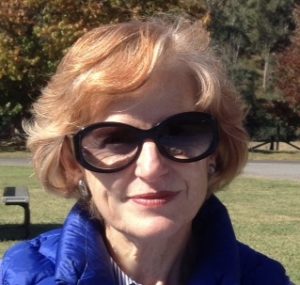 Carolyn Re worked for over twenty years as a general practitioner before turning to writing. No longer needing to produce serious medical and scientific articles, she’s now writing contemporary fiction for older women. Carolyn lives in the regional city of Albury, New South Wales, with Ziggy the whippet and three contented chickens. 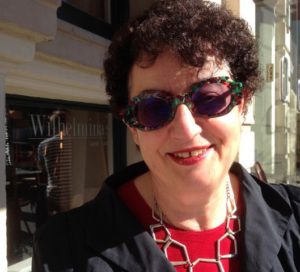 Carolyn Re and Loretta Re will be awarding a $10 Amazon or B/N GC to a randomly drawn winner via rafflecopter during the tour.

14 thoughts on “Interview with Carolyn Re & Lorreta Re featuring Secrets of the IN-Group w/a rafflecopter giveaway! #womensfiction @regal525 @abridgedtoofar7”