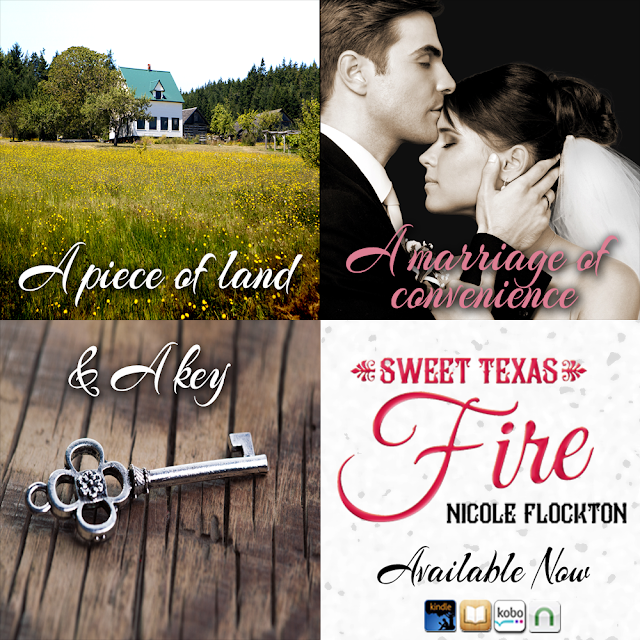 “So, why are you here, Charlotte?” he spoke loudly enough to be heard over the background noise.

“Here as in the bar, or here as in Sweet Ridge?”

“Well, you know why I’m here at the bar—Macy invited me. And as for being in Sweet Ridge, I figured it was time I saw the piece of land I inherited.”

He wanted to ask her whether she’d spoken to the lawyer about selling the land to him, but the middle of a bar on a Friday night was hardly the place to do it. Still, he couldn’t wait to sign the papers granting him ownership. He would ensure he paid her a fair price. Fuck it, what did it matter if he asked her now? He opened his mouth to speak.

Charlotte placed a finger on his mouth, and his whole body zeroed in on her touch. “Don’t do it.”

“I see the look in your face, Gage. I know you want to ask, but can we please not do this tonight? I just want to enjoy my drink and then go back to the hotel. I don’t want to get into any discussions about land or inheritances.”

He saw the tiredness in Charlotte’s eyes. He could relate to the look. He’d had a hell of a week, and not fifteen minutes ago he’d been enjoying his brothers’ company. Why not continue to unwind on a Friday night and leave inheritance issues alone?

“Fair enough. Do you want to meet for breakfast or lunch tomorrow?”

“Lunch sounds good. Do you want to meet at Betty Lou’s Diner?”

Not even a raised eyebrow in surprise at his suggestion. Nothing seemed to rattle Charlotte Wilkinson.

“Not unless you want the whole town to know your business. Betty Lou isn’t happy unless she’s finding out what everyone is up to. I don’t go to the diner. How about we meet here instead? It’s not as busy as this on a Saturday afternoon.”

“If it’s okay with you, I’d rather head back to where your brothers are. I think they know where I stand now and won’t give me too much hassle.”

“Okay.” He began to weave through the crowd again. He made sure Charlotte was by his side. “I think they’ve learned their lesson. Unless, of course, they do decide to torment you like older brothers do just so they can hear you tell them off in your cool accent.”

Charlotte shook her head. “Seriously, I have no idea why my accent fascinates everyone so much.”

He could tell her that he found her accent sexy and wished she’d whisper to him all night. He knew it wouldn’t be appreciated if he voiced his thoughts. Even he was having issues with why he was becoming fascinated with her when two days ago he was ripping her character to shreds. With the way she handled his brothers, he had no doubt she’d captivated Dad with her bright personality and intelligence, and Jack Cooper would’ve been smitten by her accent, too.

“That’s because it’s so different and proper and as Macy said, ‘cool.’”

“You’re all crazy, and really you don’t have to worry about me when it comes to your brothers. I’ve got three older ones. I can hold my own.”

“I’ll just bet you can,” he said below his breath.

“Hey, where are our drinks?” Grayson complained when Gage and Charlotte arrived back at the pool table. He placed their drinks on the high table.

“Yeah, why isn’t the oil baron shouting a round of drinks for us?” Gavin piped in. “Oh, and before I forget, I need you at the clinic tomorrow morning. I’ve got something for you that I know you’re going to love.”

“I’ll be there when you open. With regards to your drinks, they’re at the bar, where you can go and order them yourselves. Besides, I’m not going to be seen ordering Gray’s girlie gin and tonic. I’ve got a reputation to maintain.”

He should make more of an effort to spend time with them. He’d cut himself off because he’d fucked up his life and couldn’t stand to see the disappointment in their eyes. It was bad enough to see it in Dad’s eye. All of the Coopers had wanted him to get drafted to one of the Texas teams; Gavin and Dad didn’t care if it was the Texans or the Cowboys, but Gray was Cowboys all the way. He’d often joked with them about being drafted by the Patriots or Seahawks, but at the end of the day they wanted him close to them.

And then when his dream had blown up amidst underage drinking, breaking athletic curfew, and fraternity pranks, he’d gone and left them anyway. Cut himself off totally.

“Hey, where did you go?” A soft hand touching his arm pulled him from his dark thoughts.

It was amazing how, when he focused solely on Charlotte, all the outside noise from the bar disappeared and they were in a vacuum of silence. “It is what it is, and I have to live with the choices I made. But this isn’t why we’re here.”

He allowed the noise back in to consume his dark thoughts. Bar noise was much better than the noise of his own voice telling him what a fuckup he was. 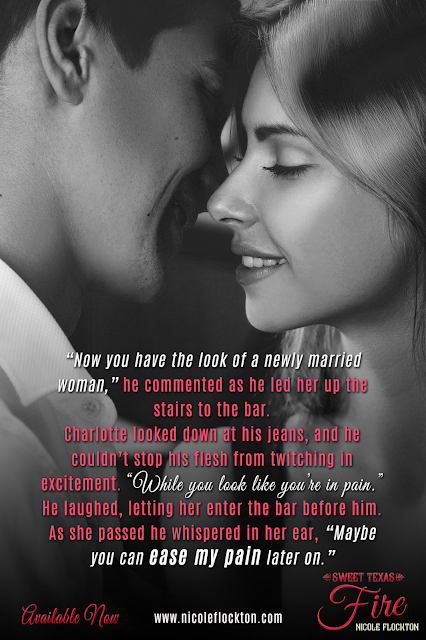