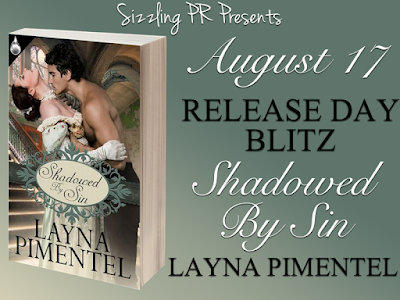 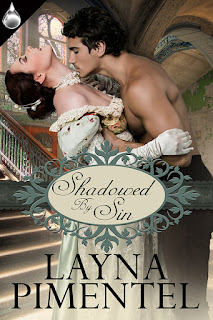 Synopsis:
Every man has a price…
As Lord Benedict St. John and his fiancée prepare to marry, his family is blackmailed by a former acquaintance. Hoping to set things straight, he accepts an invitation to dine at the Blackmailer’s family estate.
But how many should die…
Estelle agrees to accompany Benedict, but nothing prepares her for the mysteries and bodies she stumbles across during her time at Hawthorne Hall.
Before the shocking truth is exposed?
Hawthorne Hall holds many secrets, but will Estelle and Benedict escape to see the day their union is blessed, or will they succumb to an untimely end?
Add to Goodreads
Buy Links:
Amazon | Barnes & Noble
About the Author:
Born and raised in Toronto, Ontario, Layna discovered her love of reading at an early age. She’s a bestselling author at All Romance eBooks, and multi-published author of historical, paranormal and contemporary erotic romances. When she isn’t devouring salacious romance novels or writing, she enjoys losing herself in researching ancient history and mythology, weaponry, and hiking. She lives in Northern Ontario, with her husband and two daughters.
For updates on her upcoming releases, or to leave her a comment, you can find at:
Website | Twitter | Facebook | Newsletter
Teasers:

Excerpt:
Benedict St. John glared ice-cold daggers at his father. The marquess paced behind his desk, muttering oaths and, within his meaty grip, he held a crumpled piece of paper. Benedict didn’t know what had the patriarch so vexed, however, whatever it was, had to have been infuriating enough to radiate contempt. To have pulled him away from making arrangements for his and Estelle’s wedding had to have been of great importance.
Exhaling, Benedict took a seat by the fireplace, but not before reaching for the brandy his father left out on the sideboard. He swirled the amber liquid and inhaled the sweet scent of the indulgence; the liquor his father preferred to drink when something went awry.
“Dare I ask what has you in such a state, Father?”
“I’m not sure if you want to be privy to such information. It’s a bloody scandal. Your mother is going to be surly when she finds out. Not to mention how the rest of our family will be dragged through the mud. No, it is crucial we put a stop to this madness.”
Benedict winced, knowing all too well his mother would only give her scathing disapproval if the situation were related to their finances. They had led a comfortable lifestyle up until now and, while taking up a smaller residence wouldn’t bother him that much, his mother would certainly object. He imagined his mother’s words spewing and sputtering, society this, and society that. They would be ruined, and she would be too embarrassed to face society. She would insist that they leave town, and God would only know to where.
In fact, while he maintained a small income and the inheritance he received from his grandfather, the time had arrived for him to consider moving into his own residence. Something he should have done some time ago, but his resolve in ensuring him and Estelle had enough income without relying heavily on his parents had weighed on him greatly.
With his nuptials to Lady Estelle Humphrey pending, he really should have established their family residence by now. He had no excuse to not have it completed already. Their wedding being more than a month away certainly didn’t leave him more time to piss about and squander time he didn’t have.
“Father, come and sit down with me. I am certain we can discern how much trouble the family is in. If there is an opportunity to consolidate properties—”
The earl guffawed at the suggestion. “My dear boy; let me ascertain that none of the servants are nearby and I will confide in you. What I have to say impacts on everyone and I want to make sure this information stays between you and me.”
Benedict raised a brow at his father’s comment. What on earth, could the man be hiding?