This post is part of a virtual book tour organized by Goddess Fish Promotions. Howard Weiner will be awarding a $25 Amazon or Barnes and Noble GC to a randomly drawn winner via rafflecopter during the tour. Click on the tour banner to see the other stops on the tour. 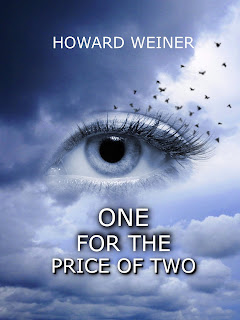 Fraternal twins are raised by an ambivalent aunt who provides an unusual childhood experience. One twin leaves home to join the armed forces and is ultimately assigned to a Special Forces unit conducting clandestine operations in North Korea. The death of one his unit members produces an introduction to an organized crime family specializing in murder for hire. The funeral for the family’s son and an interest in their daughter brings new blood and methods to the family business.

Bell hadn’t given the matter substantial thought beforehand. He expected to be greeted by an undertaker and a funeral hearse. That’s what the briefing packet stated. Instead, the hangar held only a recent model pickup truck—badly in need of a wash and wax. The truck belonged to the sister, not Uncle Seb. Yet another oddity.

The airport personnel maneuvered the cargo lift to the rear door of the plane. The metal casket glided across the bed of rollers in the plane’s cargo hold and onto the lift platform’s roller mat. A single member of the ground crew completed the task, and the cargo lift pivoted toward the pickup truck where two ground crew slid the casket onto the bed of the truck and closed the truck’s lift gate.

Carrullo’s sister and uncle moved to the truck. At the last moment, the sister looked in Bell’s direction and motioned for him to join them. Bell grabbed his army issued duffle and hustled across the expanse of oil stained concrete for his trip to meet the rest of the Carrullo clan.

The ride from the airport to the family home in North Hills was uncomfortable. The sister said nothing. Not a single word. By contrast, Uncle Seb continued the outward signs of shock and grief.

The truck emerged from the Fort Pitt Tunnel, crossed Three Rivers at the Point, and continued north on I-79 to the Wexford exit. Carrullo regaled Bell with stories about the area’s frequent snowfall and how the cinders spread on the roadways turned the white snow into a dirty palette of brown. Carrullo hadn’t exaggerated. They drove past mile after mile of dirty snow.

Bell wore only his uniform, having forgotten to take an overcoat, muffler, or gloves. He wanted to ask if the truck’s heating system worked. It was a newer model after all, but the prospect of interrupting the uncle’s wailing and the sister’s quiet resolve seemed inappropriate. That and the empty coffee cups, crushed bakery boxes, and discarded fast food wrappers on the floor suggested comfort wasn’t a high priority. By the time the truck turned onto the family homestead’s driveway, Bell lost all feeling in his feet and hands. 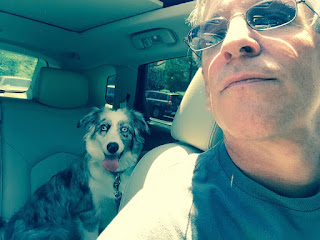 Howard Weiner is a recent addition to the literary genre of fiction. Writing mysteries, thrillers, crimes—with a touch of romance—an approach described by one reader as “one bubble off.”  Many authors sharing the genre have characters whose fortune is determined by others. They literally have dodged the bullet that otherwise would have killed them. Weiner’s characters make their own fortune—good or bad—and they live with the results.

Weiner’s own experiences are blessed with no small number of noteworthy characters and events. He brings these slightly off-kilter individuals to life, complete with their own stories and dramas. Like the child prodigy in his first novel, “It Is Las Vegas After All”, who comes to the starting edge of adulthood and then loses the approval of his doting parents, the sponsorship of one of America’s great institutions of higher education, and gains the enmity of his girlfriend’s father—an international arms dealer—to become a home-grown terrorist operating on U.S. Soil.

A survivor of rich, nuanced bureaucracies in the public and private sector, Weiner writes about characters whose career choices and decisions are morally questionable. A student of personal behavior in complex circumstances, Weiner brings these often cringe-worthy characters to life. Some are amoral, others immoral in a narrow slice of their lives, yet they otherwise look and act like people we all know from work or even childhood. Like one of the female leads in his novel, “Serendipity Opportunity”, an out-of-the-box thinker who flunks most of life’s basic relationship tests, yet she is someone you never want pursuing you in the cause of justice. There’s a former foreign security official who uses his protected status as a witness for federal prosecutors to provide cover for his own mayhem and murder in Weiner’s third novel, “Bad Money”.

Many of Weiner’s stories are born out of real life events: The mix-up in luggage claim at the airport in, “Bad Money”, the chronic high school slacker in “Serendipity Opportunity” whose one stroke of good fortune creates his opportunity to perpetrate a complex series of frauds, or the brilliant student in “It Is Las Vegas After All” who uses his prodigious talents toward an evil end.

As a former federal official, Weiner can neither confirm nor deny having the highest security clearances in classified security programs. Yet, his knowledge of the dark web, criminal organizations, and security organizations takes stories from the popular press to the next level.

5 thoughts on “Excerpt from One for the Price of Two (A Blood Relations novel #1) by Howard Weiner w/a rafflecopter giveaway!”