Prize information:
Mary is giving away a winner’s choice of  Kindle, Kindle Paperwhite (with special offers), Nook Simple Touch, or Nook Simple Touch with light, up to $120?    Winner will be selected by Rafflecopter.  No individual tour stop prizes.  Rafflecopter link is at the bottom of the post and Good Luck!
EDIE AND THE CEO blurb
Edie Rowan is passionate about workers’ rights, wanting her Sixties protester grandparents to be proud of her. But championing the little guy gets her in trouble with sexy CEO Everett Kirk. Kirk is Mr. Ultra-Executive with his expensive hand-tailored suits and his eyes the steel blue of a finely tempered sword—but for the intriguing contradictions of his neat ponytail and square workman’s hands.
Edie’s latest disaster, a teambuilding exercise gone face palm wrong, leads to a knockdown drag-out with rival manager Bethany “The B”—or add the “Itch”—Blondelle. The incident is the last straw for Kirk. He sends Edie to management camp and to her shock, announces he will drive her there himself. She wonders why he would want eighteen hours of enforced intimacy with her, even as she’s dazzled by his sparkling white smile and killer dimple.
Everett walks away from the confrontation with a headache. For years he has protected Edie from the fallout of her righteous crusading, but this may be the last time. A corporate backstabber is trying to eject Everett from his job. Even so, he’s looking forward to spending time on the drive with Edie, attracted to her sunny red curls, fiery personality and fine dark eyes.
Then a snowstorm forces them to seek shelter in an empty mountain cabin. Edie thinks she will take the lead in wilderness survival but Kirk proves more durable than his Italian loafers and silk sweater would suggest. The extended stay rubs them together in all sorts of ways, kindling emotional and physical flames. But when their corporate shells burn away, what secrets will be revealed?

Edie and the CEO

Edie wants to make her 60s protester grandparents proud. But championing the little guy gets her in trouble with sexy CEO Everett Kirk. Someone’s trying to force Everett out of his job, and Edie’s latest escapade hasn’t helped. A snowstorm and an empty cabin makes them confront their attraction.

Smack in the middle of the workday, because her brain was fried, Edith Ellen Rowan made her computer chirp Old MacDonald. Naturally that got her into trouble with The Bitch.

At first, Edie didn’t even register the problem. Four sunny bars bee-booped before it hit her—her computer was playing a children’s nursery song in an office full of conservative, nitpicky ears. Houghton Howell Enterprises was staid like an insurance company’s gray suit (fun was something you had on the golf course, or once a year at the Christmas party, but never ever on the job).

“Suck it to shell.” Edie hit the escape key. As ee-eye-ohhh died, she braced against the proverbial fan scattering the proverbial manure in the form of Bethany Blondelle, known to most of the company as The ‘B’ if they were feeling kindly, adding the ‘itch’ if they were not.

Shoulders hunched and breath held, Edie waited. She’d only been trying to motivate her people. Managing a team of programmers at HHE, a firm that sold innovative (read: expensive) solutions in accounting for large companies (read: deep pockets) wasn’t easy. Her team members were getting as fried as she, and so she’d proposed the music-writing contest.

“What the HELL is that NOISE?” Bethany had her vocal caps lock on again. This would be bad. “Who’s making all that racket? Edie? Edie!”

Edie face-palmed. The contest was supposed to be a bit of fun, not cause for Armageddon. She’d have preferred to ignore The B, but “Bethany” and “proactive” were so synonymous they were hyperlinked on Wikipedia.

Sure enough, a long leg popped through the opening of Edie’s cubicle, followed by the lady herself in eye-bleeding red. Bethany’s fashion sense was from the DoMeHard channel. Her snappy skirts were hemmed just below her panty line. Today’s suit also featured a plunging sweetheart neckline, a chunky citrine necklace getting suffocated in her Wonder-enhanced cleavage. Her long, sleek hair was dyed crayon yellow #6.

Edie looked down at her own lacy teal tee, navy pants and wool blazer and wondered if she was underdressed.

“What is the meaning of this racket?” Bethany leaned on Edie’s desk, looming over her. Invading personal space—“A” in the ABCs of corporate dominance.

“Project Pleiades. We had a month to deadline—until your good buddy Junior chopped that to a week.”

“I’ll respect Mr. Pharaoh Howell when he respects the workers. That deadline is a nightmare. My team has been working twelve-hour days and more. I’ve tried to push back, but you know Junior. Only the Evil Overlord can buck him.”

“Stop it.” Bethany tossed her head, a fleeting remnant of the girl Edie once knew. “The issue is not our executives. The issue is that…racket.” She waved her hand toward Jack’s cubicle, where the anthem was on its final verse.

“Handling Stress 101, Bethany. Work on something else.”

“Stupidity 101. You should listen to me if you want to go anywhere in this company.” She pointed to her cleavage, fingertip disappearing to the first knuckle. “After all, my team’s twice the size of yours.”

“Bigger isn’t better. It’s all about how you use it.” Edie grinned. “How about you run your team and I’ll run mine?”

“You don’t run your team.” Bethany sneered. “They run you.”

“It’s called empowerment.” Edie took pride in her outspoken team. She wanted her grandparents, hard-core sixties protesters, to be proud of her. They’d raised her from a little girl when her parents had died, and she loved them to pieces. “It’s a proven management style.”

Jack’s computer shifted to A Hundred Bottles of Beer.

“Management?” One corner of Bethany’s perfect lips curled. “The only management I

“Ba-dum-bum.” Edie was suddenly tired of the whole conversation.

And, as Jack’s computer continued to tweet bottles down, doubt gnawed at her. It was quite a racket.

“Other people are trying to work.” Bethany went for the kill. “Keep your hooligans under control or I’m going to have to tell Mr. Kirk.”

Edie suppressed a moan. Of all the straight-laced overbearing big shots at HHE, Edward Everett Kirk, president and CEO, was the biggest, straight-laciest. Like laced corsets…naughty corsets in Kirk’s competent hands—

“The way you two fight, it’s only a matter of time before he gets fed up and fires you.” Mme La B’itch drew a red-enameled nail across her slim throat.

Edie winced. “It’s called ‘corporate unfriending’ now. And I couldn’t help the janitor incident. Or the thing with the Super Soaker. Look, I’ll talk to my people. Just cut us some slack, okay? We’ve been working ridiculous hours.”

“Edie, you idiot. Has it ever occurred to you that your ridiculous hours are because of you?”

Bethany leaned knuckles on the desk. “Only one kind of project manager confuses effort with efficiency: a bad one.”

“And freeze my butt off? Hardly.” Bethany’s nose was inches from Edie’s. “You have absolutely no decorum, do you? That shouldn’t surprise me, considering the hippies who raised you.”

Edie lost it. “My grandparents were heroes! They fought for what they believed in, rallied at protest marches—”

“Pretty stories. Your grandpa was a long-haired unwashed bum. Your grandma wasn’t much better than a free love hooker.”

Edie snarled. “Now you listen here, you b—”

“Mr. Kirk,” a deep voice rang with power, “is here. And I want to know what, precisely, is going on.” 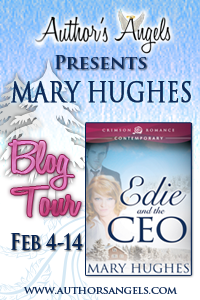 February 11
What’s On The Bookshelf
Reality Bites! Let’s Get Lost!!