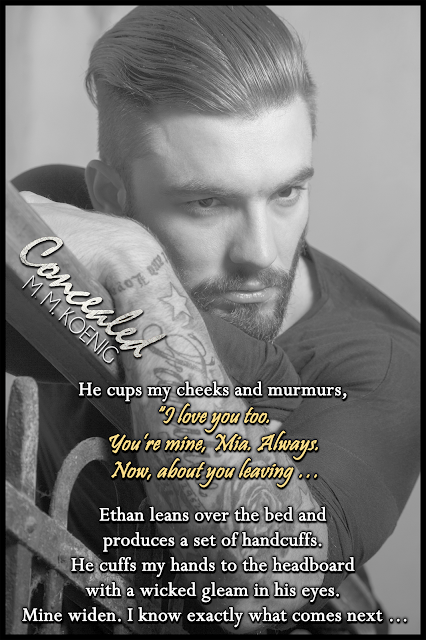 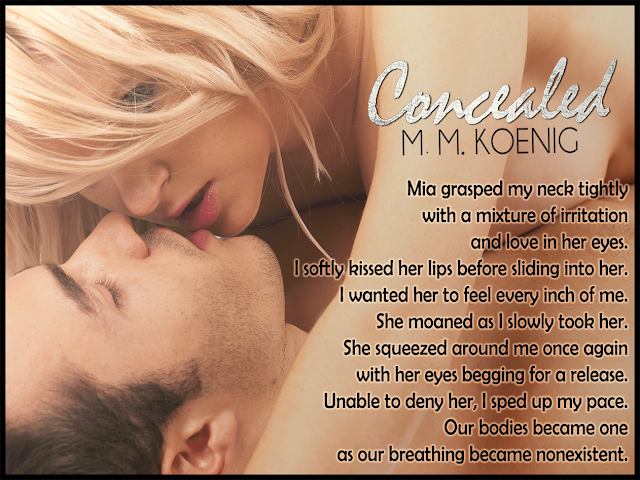 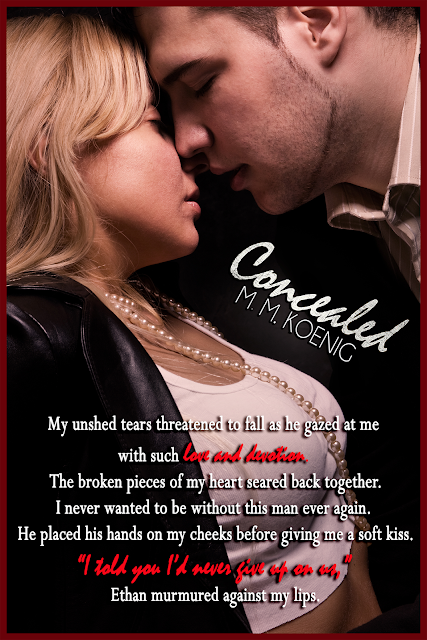 Concealed © M.M. Koenig 2015
I couldn’t look at her. My gaze drifted to the palm trees on the beach. “Things have been quiet for too long. I can’t shake the feeling that Nick and Lizzie are up to something on this assignment of theirs – like there are loose ends to tie up before they allow me to return.”
A cool breeze surfaced and Bri shivered. I welcomed the chill. I needed something to relieve my tortured body. The tropical humidity, and the terror attacking me, was almost more than I could handle.
“That explains why Ethan has been so twitchy. Since he got back from Rome, he’s called all of us every day just to ‘check in’. I asked Olivia about his odd behavior and she said that Tristan’s been acting paranoid too. Kami said it’s more of the same with Eli,” Bri revealed, rubbing her hands along her arms.
“Ethan has shared plenty with me, but I know he hasn’t told me everything. If he’s acting as you say, I suspect it’s big,” I replied, my anxiety climbing even higher.
“Seriously, you two need to learn to communicate with one another. When normal couples hide things from each other, it creates problems in the relationship. When you two do it, the consequences are cataclysmic,” Bri grumbled, exhausted. I nodded. “He gave me a burner phone for you to call him on. I can go upstairs and get it,” she offered, making a move to get up.
I motioned for her to remain seated. She shrugged and laid back down.
“I’ll call him soon. You’re not the only one that’s processing today’s events. Nick dropped a bombshell on me before they left. Micah added onto it with what he shared. I’m on information overload at this point. I’m not sure I can handle whatever Ethan is hiding.”
“What did Nick say?”
“He wants me to consider maintaining a relationship with the two of them after I get home. I said I’d think about it. I’m considering it just so I can keep digging into their lives. I was feeling defeated on that front. After today, I’ve regained my determination to learn more. If I don’t, I’ll just have a black cloud hanging over me.”
“I can’t argue with you there. Just don’t let them fool you. It’s obvious that they’re trying to win you over in more ways than one,” Bri pointed out.
I sat down by her feet. My face was full of remorse. “I know. I’m so sorry, Bri. I’m honestly shocked that you’re even talking to me yet.”
She released a ragged breath. “I’m angry you didn’t tell me this sooner, but it’s not worth throwing away our friendship over. As far as what you did, I get it. As twisted as it sounds, your heart was in the right place. Who’s to say I wouldn’t have done the same thing in your position? My take away on this is that we both have very shady parents.”
I snorted. “That’s an understatement.”
She stroked her chin with a devious grin. “I might just take a page out of your play book.”
I pinched her big toes. She hastily slid her feet up. My eyes narrowed. “I know that look. Remember that you’re thinking for two now. Getting involved in this mess is the last thing you should be considering.”
Bri rolled her eyes. “I won’t put myself in any danger. I’m not that stupid. What harm is there in seeing what I can find in dear old Dad’s files stashed at home?”
“Do you really think he has stuff around your house?” I asked, unconvinced.
Her face was humorless as she replied, “Yes, I do. For him to have a paper trail anywhere else would just be idiotic on his part.”
My chest tightened at the prospect of her snooping around. I doubted John would do anything to her if he caught her, but that didn’t mean much. He was one corrupt asshole. What he was really capable of remained unknown. Bri cleared her throat. I peered at her and did nothing to hide my overly anxious nerves.
Entering the devil’s lair is just asking for trouble. We have that in spades as it is. 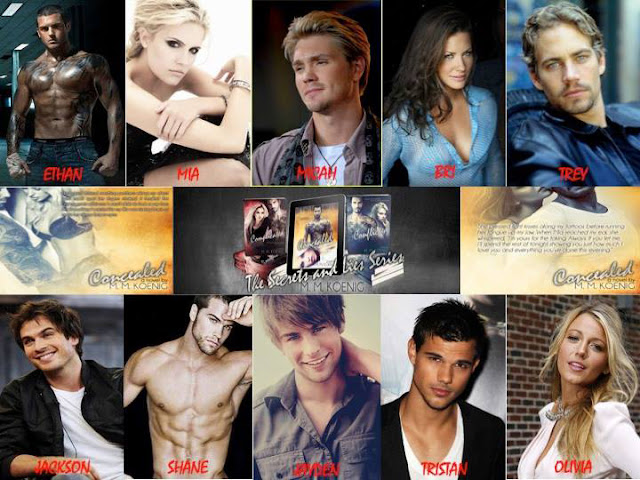 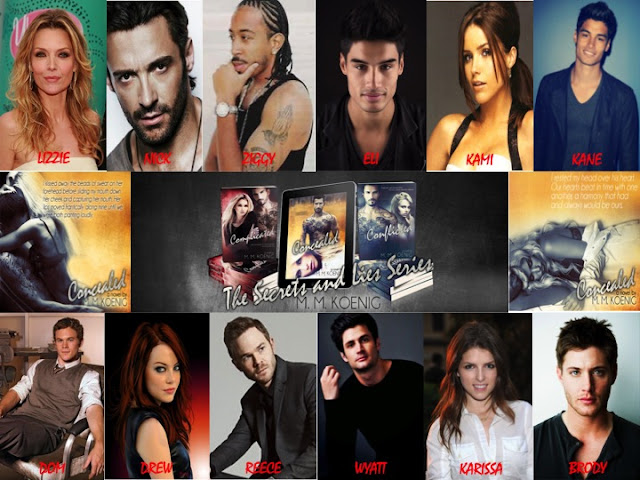