For centuries, the immortals knows as the Dragon Kings have hidden their shapeshifting powers from the world. But when a mortal enemy threatens to expose them, the warrior Banan must leave his secret lair in the Highlands, risk his life for the dragons within – and resist the temptations of human love…
Jane Holden has never considered herself beautiful. But when the impossibly handsome Banan casts his gaze upon her, smoldering with sensuality, she feels like the sexiest woman on earth. Banan, however, is a man on a mission. He refuses to succumb to this modern woman’s charms – or his own desires. Two of his warrior brethren have already surrendered to forbidden love. But as the danger closes in, Banan realizes that he needs to possess Jane – mind, body, and soul. For she is more than his match.
She is his destiny…
“Jane!” Richard’s voice shouted again through the desk phone.
She hurriedly rose to her feet, only to be stopped by Elena’s hand on her arm.
“He treats you poorly,” Elena said, her sage green eyes holding a wealth of sadness and a measure of anger.
Jane shrugged. “Yes, but it’s a good job, and I really like my flat. In order to keep it, I need the money he’s paying me.”
“Jane!” This time his voice bellowed through the door.
Elena’s brows snapped together. “I don’t care. No one should be treated like that. Don’t let him do it to you, Jane.”
Jane wanted to acknowledge Elena was right, but when she needed every penny earned, a begger couldn’t be choosy.
“Thank you,” she said before she rushed to see what he needed, only to find herself running errands more suited to a mailroom clerk.
Richard kept her dashing about the rest of the day. She even missed lunch. When she finally looked up from the letter she was drafting to grab a drink of water she noticed it was after six.
Then she saw the sticky note on her computer. She was supposed to go with a company driver and pick up a client at the airport a half hour ago.
Jane grabbed her purse and ran to the elevator. Fortunately she didn’t have to wait long for it to arrive, but every second felt like an eternity. She could just imagine how Mr. Arnold would react when he learned she’d been late to pick up his client.
By the time she reached the bottom floor, she had all kinds of excuses lined up to present the client, as well as ways to make it up to them.
Jane pushed open the door and her foot came out of her shoe. She tried to turn around to get it only to find people behind her, stomping on her shoe. Jane waited for them to move so she could get her shoe and put it back on her foot.
A rumble of thunder greeted her on sidewalk as she straightened. A quick look around showed her there was no car waiting. Had they left? Had Richard sent someone else and not told her?
A sick feeling began in her stomach. She blew out a breath and moved to the side of the building so she could lean against it. The day hadn’t started off well, and it was ending even worse.
“You look like you could use a drink.” 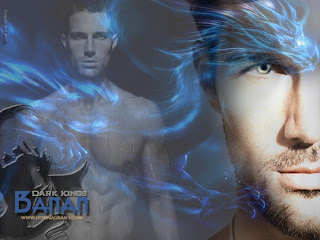 Banan has never had a problem using humans to help further hide the Dragon Kings. Not once has he ever thought twice about lying regarding who he was to get what he wants. After all, he’d been one of the Kings who had fought to save mankind.

But all that changes the moment he sees Jane Holden. It’s his duty to get close to her and discover any secrets she might have regarding the Kings, but when her life is threatened, Banan doesn’t hesitate to save her. Or show her who he really is.

Donna is Giving away a Kindle or Nook copy of

to one lucky commenter today!

Be sure to check out ALL the Stops on Donna’s

and a new chance to WIN! 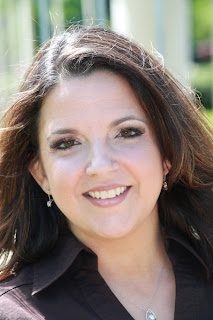 Read all three of The Dark Kings Books ~~