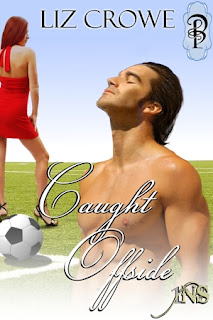 Ramon Castillo, world famous soccer player and international playboy has been brought low by a career-ending injury. After the humiliation of a shattered leg at the World Cup final, he has spent a year enduring surgeries and painful therapies, the last three months of which are at the Castillo resort in Las Vegas under the watchful eye of his cousin, Jackson Castillo and owner of the Castillo hotel chain. But Ramon’s lack of interest in soccer, women, or in anything besides the blackjack tables has Jackson worried.

Gillian Winter, catering and banquet manager for the MGM Grand Hotel is nurturing her own deep wounds. Her beloved husband has died unexpectedly, leaving her with a young son whose one dream is to meet his hero: Number 17 on the American National Soccer team, Ramon Castillo. When an apparent chance encounter in the lobby of the MGM reveals Ramon’s presence in their midst, everyone’s lives are changed forever.

Can Madame Eve work her magic and bring true healing to Ramon and Gillian? Or is it too late?

Caught Offside is one of those stories that you are instantly drawn into and never want to leave.   As a lover of soccer and has a player myself of well, too many years, I instantly understood the pain and the heartache that Ramon felt when his career ended too soon.  It defined him as a child and also as an adult.  Some of it for the good and some for the bad.  When he came to Las Vegas to finish up his therapy, he never expected to meet the most important person in his life in his cousin’s hotel lobby.

Ramon has to be the sexiest character that I’ve read in awhile.  While he is sexy, he is also smart, thoughtful, funny and completely devoted to his family.  Without the Castillo’s, he would be nothing.  His cousin Jackson can be a little overbearing for his taste but he knows that Jackson only has his best interests at heart.

Gillian Winter is a dream.  Devoted mother, manager for one of the most successful hotels in Las Vegas but somehow after losing her husband, she lost herself.  Gillian and Jackson have been friends for awhile and he continues to try to steal her away from the MGM Grand for his own hotel.  The banter between them is hilarious and real.  I felt as if I could sit down with both of them and have a drink with them.

When Gillian and Ramon finally meet in the lobby of the Castillo Resort, you could light firewood with the sparks that flew off of them.  Leave it to a 7 year old boy to put a little bit of a damper on those feelings until they agree to a date that evening.  The scenes at the restaurant are some of the funniest, romantic and highly sensual scenes that I’ve read in awhile.  Trust me on this…one word…bathroom.  🙂

I still can’t believe that this is actually Ms. Crowe’s first 1NS.  She wrote the Turkish Delights series after Caught Offside.  It was interesting how she integrated Jackson into the story and still retained the whole 1NS premise.  Outstanding job.

I highly, most highly recommend Caught Offside for the laughter, chemistry, nervousness between Gillian and Jackson and overall sigh worthiness of it being a one night stand.