Each blog will be able to award one lucky commenter a digital copy of one of Karen’s back list, winner’s choice.  Please leave a comment and your email for a chance to win.  There is no rafflecopter link.

BRING ME BACK blurb:

Music critic Claire Abby is a single mom dreading her daughter’s departure for college and worried that turning forty will leave her career running on fumes. She’s floored when she lands a Rolling Stone cover story on 80s British rock legend Christopher Penman. She spent her teenage years fantasizing he was her boyfriend.

In person, Christopher is everything Claire feared he’d be—charming, witty and unwilling to address the rumors he’s dodged for a decade. Still, she contains her adolescent fantasies and manages to earn his trust, unearthing the truth and the devastating secret behind it. His blockbuster story is her first priority when she returns home, a nearly impossible task when Christopher starts calling and flirting. She knows she should maintain a professional distance. She knows she should focus on the story. She knows it would be best to simply walk away. But how can she say “no” to the man she could never forget?

Big thanks to Marika for hosting me today. So happy to be here!

There were a few topics presented to me for my post today, but none is as much fun as this one: What was the best music from the 80s?

Now, I was a teenager in the 80s and self-proclaimed music addict so I could probably write an entire book on the topic. And it could be interesting if I wrote about only my favorites from the era, but I thought it would be more egalitarian if I wrote songs within several genres, and hopefully touch on some music that everyone likes. I consulted the VH1 website for their top songs of the 80s and here are the Top Ten, including my commentary on both the song and the video.  Harlie’s thoughts are in bold and I have found another soul sister when it comes to music.  I graduated in 1985 and I still rock it.  One band that you are missing is Motley Crue.  My crazy 20’s where filled with beer, being a groupie to local/regional bands and no, I will not tell the stories until my parents are buried.  We could probably write the book together.  🙂

1. Bon Jovi / “Livin’ on a Prayer” (1986) This song came out my senior year of high school and despite my deep desire to hate it at the time, I know every damn word. It’s a quintessential American rock song and it spawned a universal truth: after a few beers, it’s impossible to not sing along to the chorus. You try it and report back to me. The video is pretty cool—a mix of black and white and color footage. Mostly I worry about the environmental impact. Surely several dozen cans of aerosol hairspray were killed in the making of this video.  I will admit to a still unhealthy devotion to Jon but for some reason, I never liked this song.  Shoot me down but my favorite is still, hands down, Wanted:  Dead or Alive.

2. Def Leppard / “Pour Some Sugar On Me” (1987) After watching the “Livin’ on a Prayer” video, I know exactly how they came up with the treatment for this one. Black and white footage? Check. Wacky backstage shenanigans? Check. Shots of cute girl in the front row? Check. Bloody hell. I like this song a lot when I’m drunk. See above comment about drinking beer and listening to Bon Jovi.  The ultimate stripper song next to Girls, Girls, Girls by Motley Crue.  I haven’t missed one of their shows since 1983 and I cried the day Steve Clark died.  I still light a candle for him on his birthday and his death.  I still miss him.  Oh, I have a very unhealthy attachment to Rick Savage (bass player) and Vivian Campbell (guitar player).  J

3. Duran Duran / “Hungry Like the Wolf” (1982) First off, please allow me to stage a formal protest. This song should be #1 and #2-#10 should be more Duran Duran. I never ever tire of HLTW and I’ve listened to it thousands of times, no lie. It’s got a video chock full of highlights: John Taylor’s smooth chest, John Taylor mouthing “no” to the camera, Roger tongue-kissing that cat lady, Simon emerging from the river with a face covered in war paint. Note that John Taylor kissing the same cat lady is not a highlight.  OMG!!!  Andy Taylor!!!  Enough said about that.  Still love Hungry Like a Wolf.

4. Michael Jackson / “Billie Jean” (1982) I love MJ’s music, but this song isn’t my favorite. Still, the video features him looking like him, so it’s an enjoyable watch and he walks up a super-cool light-up staircase that I wish was in my house. Watched the Beat It video today and OMG, he was brilliant.  Just brilliant.

5. Prince / “When Doves Cry” (1984) I’m a Minnesota girl, so there’s a special place in my heart for Prince. You Tube doesn’t have the video, so I can only comment on the parts I remember…Prince in a bathtub? How else will we imagine him naked? A few shots of doves flying away? It was the 80s. Everything was at least a little bit literal. Crazy psychedelic mirror special-effect? Again, it was the 80s. Perfect video for a perfect song.  Let’s Go Crazy is still my all-time favorite of his.  Damn, he can sing.  Plus, we had a drill team routine to Let’s Go Crazy!  Sad, I know.  What’s sadder…I can still remember it.

7. Guns N’ Roses / Sweet Child O’ Mine (1987) Ah, more guitar rock, so please cue the grainy black and white footage. Despite the relative lameness of this video, the song is incredible. Too bad GNR was so self-destructive. They could’ve been the biggest band in the world for a long time rather than snuffing themselves out.  Loved Welcome to the Jungle and I still drool over Slash and Duff.  *sigh*

8. Madonna / “Like a Virgin” (1984) This one deserves an OMG. I so wanted to be Madonna. We all wanted to be her. We wanted to writhe on a gondola and wear a wedding dress to inappropriate places and pout into the camera and “Like a Virgin” was our anthem. The cool thing about Madonna in the 80s was that she owned her sexuality, made it okay for a woman to be both strong and sexy, on her terms. And that’s awesome.  Agreed.  A friend of mine transformed herself from our junior year to our senior year.  Yep, she WAS Madonna!

9. Run-D.M.C. / “Walk This Way” (1986) Talk about iconic—this version of “Walk This Way” was the first legitimate marriage of rock and rap and it was HUGE. The video is pretty funny, especially the part with Steven Tyler pitching a fit and busting through the wall into Run D.M.C.’s practice space. Even better when he freaks out as the Run D.M.C. logo in lights is lowered on to the stage. Musically brilliant.  *sigh*  Joe Perry…Plus, the song rocked.

10. AC/DC / “You Shook Me All Night Long” (1980) I’m starting to notice a theme here. This is yet another song that might get me dancing on the bar if I’ve knocked back a few. Amazing song, but the video doesn’t do it justice. I’m fairly certain Angus Young’s out-of-work brother-in-law directed it or someone else suitably qualified. I’ll give this one a free pass though. The decade was just getting started.  Enough said!

Unfortunately I don’t the beer to sing these songs.  I sing them at the house and embarrass my 7 yr. old son!  J  I actually sing Led Zepplin when I’ve had a few too many.  And I think I can sing like Pat Benatar, too.  Not pretty!

Wanted:  Dead or Alive.  I’m Wanted:  Dead or Alive.  You Give Love a Bad Name.  Tokyo Road.  Can see a pattern?  Oh wait…Girls, Girls, Girls.  Tropicana’s where I lost my heart.   I’m such a sucker for a rock star and I grew in the earlier 80’s when hair bands were coming into their own and they OWNED the radio.  I still lust over Vince Neil, Nikki Six, Kip Winger, George Lynch from Dokken, Rick Springfield and my future ex-husband, Jon Bon Jovi.  Whew, I feel better now that I have admitted it.  Oh and Joe Perry can sit on my dresser and just look good.

Okay, on  with the review.  I think any woman can identify with Clare.  Being in lust with a rock star/movie star when they were teenagers and then the dream job of being with them when you are older.  Good lord, who wouldn’t want to be Clare.  A writer for a music magazine and she gets the interview of a lifetime.  Throw in that its the heart-throb of her teenager dreams and she is in way over her head.

Did I mention that she’s a single mom and trying to set a good example for her daughter?  Nope, well the relationship that they have is sometimes funny but also heartfelt and strong.  When Clare meets Christopher in New York for the interview, she is not prepared for the real feelings that she develops for him.  He opens up to her about his life when he was in the band:  the drugs, ex-wife, the media.  He openly flirts with her and she is desperate to maintain a professional distance from him.

OMG!  I would just die if anyone of my obsessions just showed up at my door for the weekend.  Plus, factor in her daughter there and it turns into a weekend of flirts, trying to keep their hands off of each other and respecting each other.

I absolutely freaking loved this book from the first page to the last.  Clare was a real woman with needs and wants in her life.  I connected with her from the start and understood her fears about Christopher and their relationship.

Christopher was perfect.  I found him charming, disarming and just yummy.  He tried, really tried to behave with Clare but in the end he just couldn’t.  I rooted for them, sighed with them and in the end wished I could just touch my teenage obsessions.

One more thing…I need an epilogue.  Just saying…Rock on Soul Sisters of the 80’s.  Never forget your teenage obsessions.  One day, they just might show up at your door. 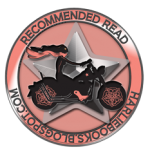 Musings From An Addicted Reader