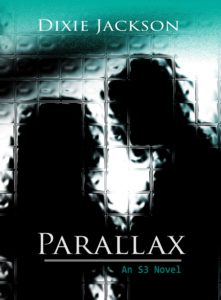 Six years later, Trent Wayland still isn’t over his spring fling. Probably because he was convinced when he married Captain Leila O’Neil, their fling would go on a lifetime. Leila is his soul mate and Trent knows it. He might not admit it on a regular basis, but that doesn’t negate the raw emotion she draws out of him each and every time he thinks about her. Forget the fact his heart splits in two all over again when he’s afforded the luxury of hearing her voice. That doesn’t happen often, however. Leila only tosses a handful of words his way when she initiates the weekly video calls he’s allowed with the other love of his life, their daughter Lucy.

Once upon a time, Leila O’Neil wanted to be a Marine when she grew up. She worked hard, she landed a seat at the Academy, and she was the head of her class. Then her dream was destroyed and she traded it in for a new one at the nearest Coterie portal. She wears so many faces and so many hats, at some point she lost track of her soul. That didn’t really bother her until Trent Wayland came along and almost peeled her dressing room curtain back nearly exposing her innermost person. The real person, the real Leila, who once upon a time wanted to be a Marine when she grew up.

Leila misses the real person, and realizes it at the worst possible moment. With her daughter’s life on the line and Trent on the scene of the crime, Leila figures out she’s been using her hurt and anger to fuel all the wrong goals. In a daring move, she puts it all on the line, hoping it’s enough to gain her freedom from her handlers and her husband’s forgiveness.

“Does your mother know?” Trent asked. “Does she at least know you’re alive?”

“No. No one in the real world does. Well, except you.” Leila waved one hand toward him then jerked it back and tucked her hair behind her ear. “Now you do.”

For a few bloated moments, Trent just stared at her with a look in his eyes which told Leila he was trying hard to wrap his head around what she’d just revealed, but was having a hard time making two ends meet.

“You need to pack.” Standing, Trent stuffed his hands in his pockets and shrugged. “We’re moving out of here within the hour.”

With his eyes to the floor, he shuffled away, left the room, and didn’t look back.

Leila pulled her hands down her face, growled, and flopped back onto the bed. Insufferable daddy issues. Why hadn’t she just sought the counsel of a good therapist instead of trying to be super daughter? But no. Absolutely not. She couldn’t let life be that easy. Leila had to take the hardest route she could map out. Except now she was lost along the road in a blinding snow storm with no GPS. Honestly, at this point, she didn’t even have a Cracker Jack box compass.

Easing back up, Leila palmed the top of her head and sighed. Pack? A half-chuckle popped out of her. When was the last time she’d been on assignment without Lucy and a situation presented itself requiring her to bug out?

She didn’t want to do this anymore.

Welcome Dixie Jackson! Please start off by telling us a little about yourself.

I’ve been married to my soulmate for twenty-three years, a man who is a thirty-year veteran of the United States Marine Corps. He’s my knight in dusty cammies. Swoon! We’ve lived all over the planet and had more addresses than I can count. He recently retired and we moved to the mountains. Literally! I live in the Great Smoky Mountains. It’s one of the most beautiful places on Earth. It’s remote and isolated, and it’s quiet here. I’m grandma to seven (I started young and so did our offspring), auntie to four, fur mommy to two, and feather momma to thirteen (I have chickens in my backyard!). I love to garden. Digging in the dirt is good for the soul! Technically, I fancy myself a romance writer. Not so technically, I’m a bit of women’s fiction, a dash of suspense/thriller, a pinch of mainstream contemporary, a drop or two of military fiction, and a heaping dose of romance tossed in. I don’t believe in living inside a box and I’m all for coloring outside the lines.

Is Parallax a single title, or part of a series?

Parallax is book one in my brand-new series S3. It’s a romantic suspense/action adventure series featuring plenty of second chances, redemption, and kick-butt heroines who can hold their own. Book two, Recoil, is actually currently with my editor and due out late winter.

I love reading a great romantic suspense, single-title or series, but you don’t often find the heroine in the lead role of kicking butt and taking names. After my husband being active duty in the Marine Corps for thirty years and watching the females there being bigger than life and holding their own, I thought it was time to introduce the strong, resilient women who’d been running around in my head for so long wanting their stories told.

Please share your setting for Parallax. Have you ever lived or visited there? If so, what did you like most?

While much of the story is set in foreign locations, it begins and ends on the east coast of North Carolina. I’m very familiar with that area as it’s where we lived for much of my husband’s military career. One of the river’s I refer to is actually based on the Neuse. I loved being within ten minutes of the beach, fresh seafood year-round, and the mild temperatures in the winter. The foreign locations include Saudi Arabia, Morocco, and Spain. While I haven’t been to those locations, my husband has and was a great research consultant about those areas and in helping me bring them to life.

I have always felt a pull to write my stories down, even before I could spell truth be told, however, I had a couple of teachers who really encouraged me along the way. My sixth-grade creative writing teacher was the first person to tell me he believed I’d be published someday. That really set the ball in motion as far as believing in the dream. My English teacher from high school was a great influence on me, as well. As far as what I currently write, romance and romantic suspense, my husband is a 30-year veteran of the Marine Corps. He’s encouraged me along the way and his career has spurred nearly every story line I’ve published into fruition.

I love to read almost all subgenres of romance. I’m not particularly fond of PNR or bully romance, but I have read them. That being said, some of my favorite authors include Maya Banks, Kitty Thomas, Tymber Dalton, Helena Hunting, Janie Crouch, Piper J Drake, Jennifer Bernard, Kate Canterbary, Robyn Carr…the list is long. I’m an avid, voracious reader.

I hand-embroider and create all sorts of things from my pieces; quilts, lap quilts, totes, table runners. You name it, I’ve probably created it or will attempt it. I also crochet, although not as much as I embroider. And I’m really into genealogy. I’m my families self-appointed historian and I’m knee-deep in records collection right now. Of course, I read quite extensively.

Learn and hone your craft and grow a thick skin. People will have opinions about your work and not all of it will be favorable, so learn to take it with a grain of salt. Also, find your balance. Don’t let the shiny world of publishing completely consume your time and energy. Life is too short and there are too many things to see and do, and people to love on to be completely swallowed whole by one thing.

Thanks so much for hosting me today! 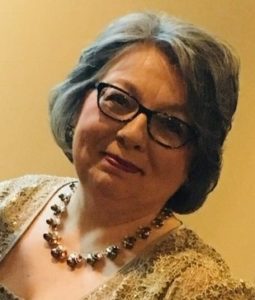 Born and raised in the heart of the Ozarks, Dixie Jackson learned a love of the written word at a young age. She remembers spinning tales before she could even write them down, but it was the encouragement of her sixth-grade creative writing teacher which would plant the idea that just never seemed to go away. She wanted to someday see her works in print.

Dixie makes her home in the Great Smoky Mountains with her retired Marine husband, two rescue dogs, and her beloved chickens. When she’s not writing, you can find her digging in the dirt and nurturing her plants while plotting the next step in one story line or another. She also loves experimenting in her kitchen, embroidering, quilting, crocheting, tracing her family’s twisted tree, and of course reading.

You can find Dixie at:

Dixie Jackson will be awarding a $50 Amazon/BN GC to a randomly drawn winner via rafflecopter during the tour.